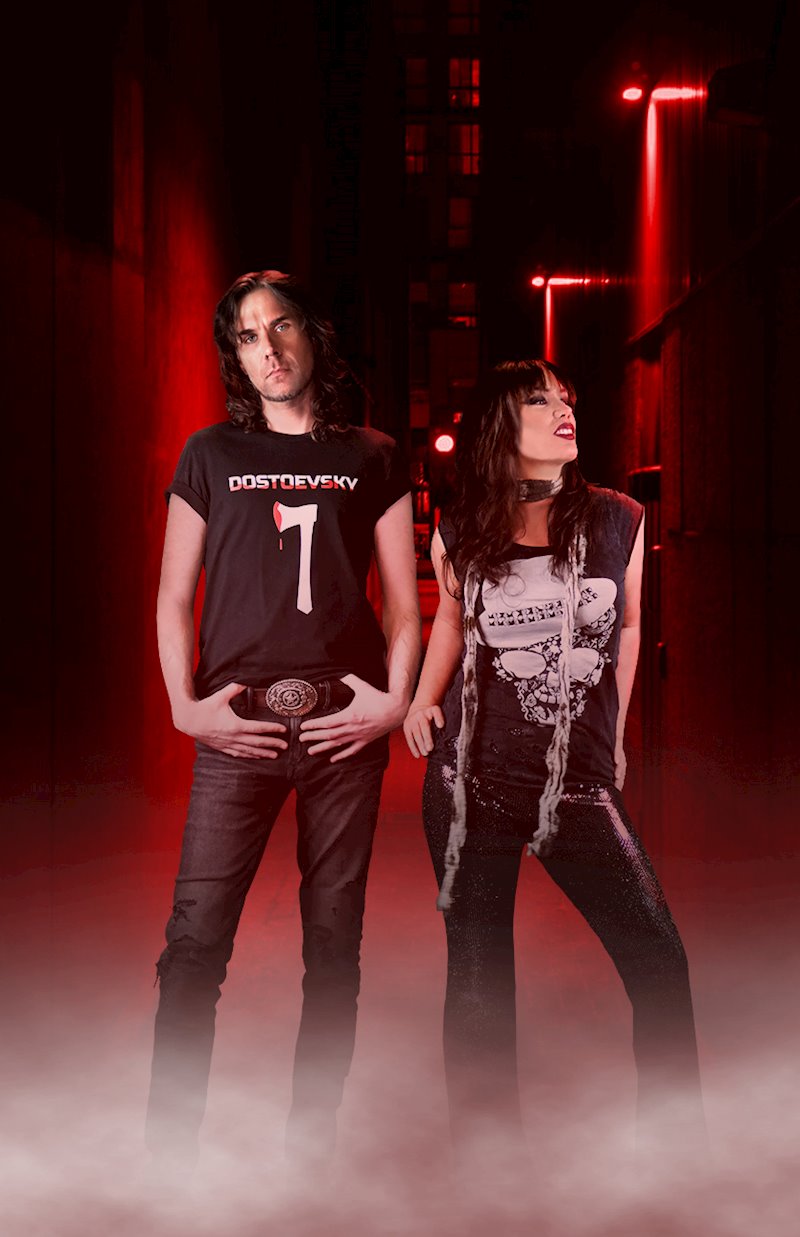 Maverick rock and rollers The Bloody Nerve continue the roll-out of Act II (The Reckoning) of their hard-hitting, episodically released, powerhouse concept album ‘All Blood, No Treasure’ with the lyric video for ‘Episode 5: Down to the Letter’.

The Bloody Nerve combines the formidable talents of singer/guitarist Stacey Blood and vocalist Laurie Ann Layne, who deliver a tsunami of sound and committed rock energy that many a band would envy and are building an album that has meaning and message, released part by part.

‘Episode 5’ is the latest release from their innovative, episodically released, concept album ‘All Blood, No Treasure’, which they are releasing in phased instalments: act-by-act, episode-by-episode, building up tension and anticipation over time. Each single carries its own standalone feel and meaning, building up a broader, interconnected work of art with a message that both overarches the parts and is woven through them.

“Act II is called ‘Reckoning’, because we always end up here,” says Laurie, “We can’t make up our rules, as it turns out.  To protect that machine, things get more forceful and more ridiculous until it implodes.”

Episode 5; “Down To The Letter” grabs you and hits hard right from the get-go, with its opening hook then quickly builds to the fully fleshed out sound that The Bloody Nerve have infused into this album. Stacey Blood’s vocals come to the fore in this number with a sound that seems to warn, lecture, and mock all at the same time.  Combined with the edge and power of his guitar, the track lifts off into the archetypal stadium rock payoff in the chorus, supported by the blazing lights in the animated lyric video.

Classic Rock, praised “the juicily named ‘All Blood, No Treasure’ [as a] a gnarly mix of punkoid fire, Dead Weather-esque rock and social disenchantment,” and made the band’s Act I finale, ‘Roads’, a Track of the Week.

“They mix it up rather well, grunge here, southern rock there, pop punk over in the corner,” said Powerplay Magazine, awarding the Act 1 EP 9/10, “It has the audacity of youth. And The Bloody Nerve to wink at us while they do it.”

Check out The Bloody Nerve’s latest release: Episode 5: “Down To The Letter”.  One more Act II video track will be released soon — the Act II finale for “Reckoning’ — followed by the 3-track Act II EP, which will drop on 25th March on digital platforms, with a limited-edition CD also being released.

Check out the lyric video to Episode 5 here https://youtu.be/M66KNYGNbEs