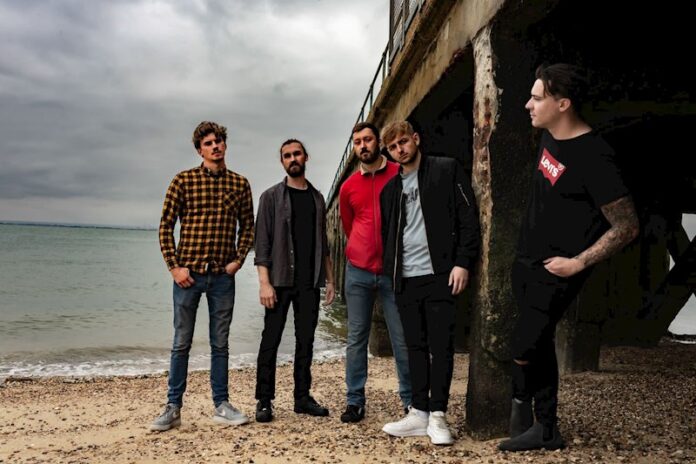 ‘Crossed the Line’ is the new single from UK-based rockers, SAN QUENTIN, out now across digital platforms.

Starting out in October 2019 as a 4-piece, in May 2020 DanRidgwell joined the band and SAN QUENTIN was formed. Recently signing to Golden Robot Records, their debut single for the label, ‘Step Off’, was released in November, 2021. Listen to new single ‘Crossed the Line’ HERE

‘Crossed The Line’ displays the events of a troubled relationship going through the motions towards the end. It explains that no matter however they try to do right it will always end with the same outcome.

The single includes upbeat guitars, bass and drums and also subtle areas which then explode into choruses heard with the punchy vocals on the track and catchy hooks.

“We bring indie rock music and high energy shows. Each song that is written and performed tells a different story, ready to share with the world.” – SAN QUENTIN

SAN QUENTIN are set to become important in the reinvigoration of the British rock scene.