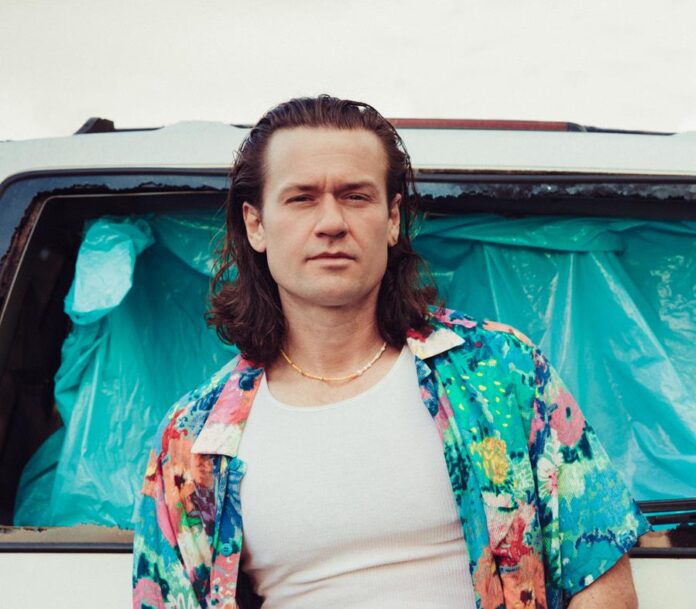 Today, John Carroll Kirby releases a new single “Dawn of New Day” featuring Laraaji, from his fifth LP in little over two years. Dance Ancestral will be released on April 8, 2022.

For his new LP, John Carroll Kirby “wanted to do something more electronic than previous albums.” He invited Canadian artist Yu Su to join him on production duties for Dance Ancestral, an album which loosely follows the narrative of a day unfolding. As the day mirrors the course of a life, so the album reflects on patterns and routines – what Kirby calls “the innate steps we take in life. When I say dance, I don’t mean an actual dance, I mean a choreography where we’re repeating these things that people have repeated forever.” For inspiration, he looked to an array of ideas and philosophies, including paganism, Mayan religion, bacchanalia, pseudoscience and New Age philosophy.

The opening track and first single “Dawn of New Day”, featuring ambient pioneer Laraaji, pictures the first hours of morning. “I imagine Laraaji waking up feeling blessed and inspired by the sun,” says Kirby. “The lyric is very simple – “Dawn of a new day / morning light, morning light” – but there’s not a lot of people who could sing that sincerely and not come across a little cringe. Laraaji is the man for the job and I was flattered and honored he was willing to be a part of it.”

Despite being an in-demand musical collaborator for artists like Solange, Frank Ocean, Sebastian Tellier, Connan Mockasin and countless others, Kirby has lately focused on his own prolific solo output, with Dance Ancestral following four other LPs on Stones Throw: his debut My Garden (2020); the ambient piano record Conflict (2020); his first film score, Cryptozoo: Original Motion Picture Soundtrack (2021), and the jazz fusion record Septet (2021). That all these records are instrumental doesn’t get in the way of Kirby telling vivid stories.

“I’m not a lyricist but I feel compelled to give some people a bit of context,” Kirby says. “I like to have a story so people can imagine things and hopefully get more into my head. I make albums that come out naturally and I like the freedom to just go where my heart takes me.”

Aug 25-28 – We Out Here Festival, Cambridgeshire