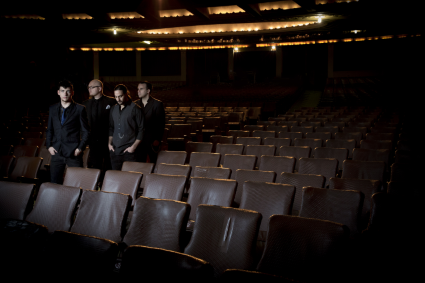 Hard work pays off in the world of music; band after band trying to plant their own flag in whatever scene pertains to their music. Sometimes it takes one album, sometimes it takes more. Persistence pays off, and Melbourne, Australia’s Teramaze know a thing or two about keeping their heads up.

Teramaze was originally formed during lead guitarist/producer Dean Well’s teenage years. The band put out a couple albums in the early years, but it wasn’t until the release of Anhedonia in 2012 that Wells felt the modern version of Teramaze actually began. That third album was met with critical acclaim, as was the follow up of 2014’s Esoteric Symbolism, which saw the quartet making a bolder statement and taking no prisoners to flex their musical muscle even further. Now with new vocalist Nathan Peachey and a new record deal with Mascot Label Group, Teramaze have arrived with their cinematic Her Halo. This new beginning not only brings about more potential, but promise as well. 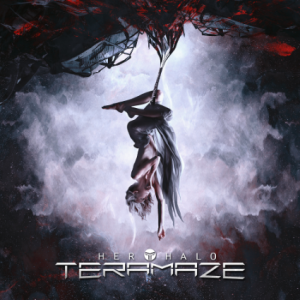 Wells will tell you himself that the Teramaze sound is assembled within the framework of the songwriting. Regardless of that focus, there is certainly a lot more than simply a faint slither of technicality due to the intricate musical bravado brushing up against the melodies, tunefully brandishing a smoothly executed soundscape while retaining the sheer loudness minus the belligerent anxiety. No wasting time trying to figure out where a solo should be, what type of insane time signature can be put in, and so on. The music shines, not blinds. Even with that melodic sensibility in tow, these guys don’t limit themselves to the confines of what stereotypical prog-metal is, as their catchy sonatas emphasize both the precision minded musicianship and melodies with divine harmonious vigor.

“It was very much a conscious decision to focus on the songs,” elaborates Wells, “Our music is all about the song as a whole. If a melody only needs a slow guitar solo with only three notes, then so be it. There’s no need to add anything else that might take away from the track itself. If we focus on the songwriting, we can appeal to musicians or anybody who loves good music.”

Even as the skeletal design of Her Halo is glued together by a proven song structure, the record possesses a concept. The narrative is wrapped around the subject matter of the ups and downs of dealing with fame, being persona non grata, love triangles, and the thin line between passion and friendship; issues which we all can relate to. Combine those themes around anthem riddled tunes and it’s a recipe for a fleshly executed record with a wide appeal that will appeal to musicians and music fans alike. Her Halo has massive potential to reach a broader base of fans; metal heads, straight out proggers who might otherwise like their heavy ear candy in moderation, AOR and melodic rock junkies that want to hear more out of the songs, and of course, the faithful ProgPower crowd, where the blood runs thick amongst that scene.

The first single off Her Halo will be “Out of Subconscious” which features fierce tempos, poignant touches of darkness, soaring axe attack, angelic harmonies, and a hauntingly dramatic music video. Followed up by the beautifully orchestrated title track,”Her Halo.”