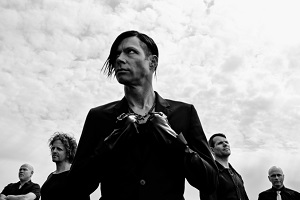 Get a taster from their number one record

The album, which reached number one in their homeland, was recorded in two intervals; the first took place as early as autumn 2012 in Athletic Sound Studio, and the second interval took place at the same location in June 2014. The remainder of overdubs and mixing were done in Room 13 in their hometown Tønsberg with front figure and vocalist Alex Møklebust as the technician.