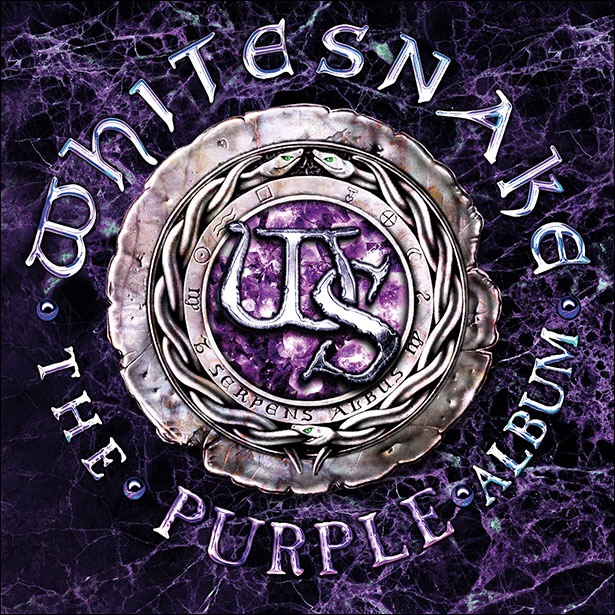 Dame Coverdale gets nostalgic and goes back to his roots

Just how you approach listening to this is open to question. Is it a new Whitesnake record? Is it a covers album? Is it a loving re-interpretation from one who was there?

The answer is, “The Purple Album,” on which David Coverdale’s current band tackles 13 songs from the one which he joined as a 21 year old kid all those decades ago, is all of those things – and more besides.

When it was first announced that Whitesnake were doing this, eyebrows were rightly raised. After all, the band had been re-invigorated on their last couple of releases, Coverdale himself was sounding much better live than he had in years, and their shows were sell-outs. Surely he didn’t need to go around rehashing the past and milking those old songs again? Those are all valid points, but the simple fact is “The Purple Album” is excellent.

On the poignant and informative sleeve notes for the project David Coverdale lays this on the line to fans. Long story short: Jon Lord wanted a Purple reunion when he recovered. After his tragic death Coverdale reached out to Richie Blackmore. The two were going to collaborate, but it didn’t happen. The singer already had some ideas for new arrangements of old classics that he wanted to try so decided to put them out with the new look Whitesnake band instead.

And, on what essentially is the Best Of Purple Mark III and IV, they’ve done a manful job. “Burn” is replete with a brand new solo section that sees new member Joel Hoekstra excel (in many respects this is his welcome to the Whitesnake,) and the new arrangements on the classic songs here just sound like a magnificent ‘Snake album.

“Love Child” is transformed into an anthem, “Holy Man” now has the type of huge power balladic quality that all this band’s slower tunes possess, “The Gypsy” is positively sleazy, with its slide guitar, while “Lady Double Dealer” is perhaps closest to sounding like modern-day Purple, it’s fast groove could have come straight off their own “Now What?!” record of a couple of years back.

As befits a record as unexpectedly great as this, there are many highlights. However, the bluesy “Mistreated” is right amongst them, as is “You Fool No One,” which starts off with a harmonica solo, turns into Cream’s “I Feel Free” by the time it hits the verse and further veers off into “Slip Of The Tongue” era Whitesnake before things are done.

“Purple….”doesn’t mess about with sounding too much like the originals either, recognising that such an endeavour would be futile. Instead, “Might Just Take Your Life” comes on like Cinderella circa “Heartbreak Station” before ditching the swampy blues in favour of a downright sexy swagger that shows just why Coverdale still can get your mum, your sister and your nan to wave their knickers at him from 20 paces – and if you think that’s just a line, then go and watch the old boy in concert, it’s like nothing on earth.

A lengthy affair “The Purple Album” finds time, before things are over,  to slam its way through “Lay Down Stay Down” and “Stormbringer”? Well, “Stormbringer” is simply a brilliantly ominous track, whoever records it.

Other than sounding like great fun, “The Purple Album” is basically pointless. Even Dave himself acknowledges this on the essay inside. “Why bother?” He says. “Especially as the original works are still out there and worth a pace in anyone’s Hard Rock collection.” His answer encapsulates the thing in a nutshell: “We just wanted to play the damn songs!”

Be glad he did. Because ‘Snaked up, Deep Purple sound absolutely superb. One of the most oddly satisfying records so far this year.