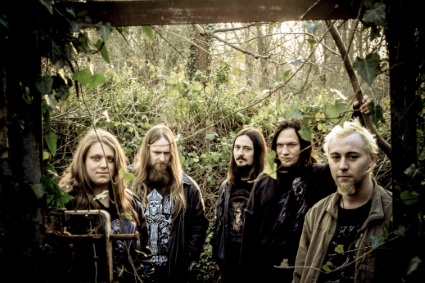 Rising Melodic Death Metallers ‘Unheard Before The Wake’ are ploughing through the ranks of the British metal scene and now set loose a burly slice of resourceful Black Metal in the shape of their sophomore EP ‘Humanity Burning’, out this Spring.

Originally born at the end of 2013 and coming from the greater depths of London, ‘Unheard Before The Wake’ feature duelling guitar brothers, Dylan-Thomas Chinchen and Ryan Adams, Adam McGuinness on the bass, Jasper Brownlow hammering on the drums, and new vocalist, Chris Rossiter, flexing his pipes. Expressing a ferocious sound that takes in the like The Black Dahlia Murder, Carcass, Dimmu Borgir, and Cannibal Corpse, ‘Unheard Before The Wake’ construct a unique twist on the black and death metal genres that will rattle your eardrums. 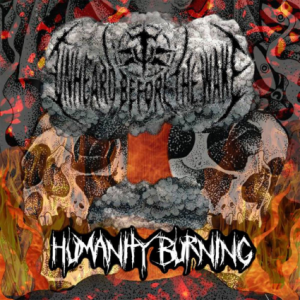 Having already supported the mighty Xerath, Meat Train and A Vulgar Picture, UBTW are ready to step up with the release of their new EP ‘Humanity Burning’. With five guttural tracks of darkened metal that pummel and beat your head into submission, this record is not for the faint-hearted. Stacked with layered guitar riffery, bellowing bass, powerful drumming, and a vocal attack that could level a building block, Unheard Before The Wake have arrived and are sure to leave their mark.