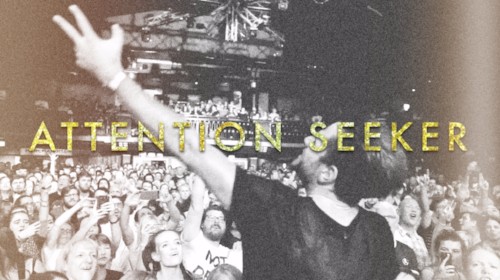 Theatrical punks Felix Hagan & The Family have revealed the new video for their latest single ‘Attention Seeker’. The triumphant pop punk anthem is the title track and opener of the band’s debut album Attention Seeker, out on November 24th.

The raucous video follows the band on tour, performing their phenomenal live shows and  throwing a light on their backstage shenanigans. Full of energy, exuberance and uninhibited attitude,  ‘Attention Seeker’ is a glitter-streaked homage to musical theatre’s decadence and flamboyant rock ‘n’ roll. Regarding the song, Felix Hagan says, “It is the hymn for the eternal show-off, the cry of all those whose life hinges on the approval of others. And I absolutely love it.”

‘Attention Seeker’ follows the release of the extravagant rock ‘n’ roller ‘Hey I Want You’ and the electro-rock stomp of ‘Delirium Tremendous’, all taken from the forthcoming album.

In celebration of the album’s release, Felix Hagan & The Family will be heading out on a string of tour dates around the UK, which will include a performance in London at The Borderline. It’s time to put on your dancing shoes – the glam punks are waiting… see full dates below.