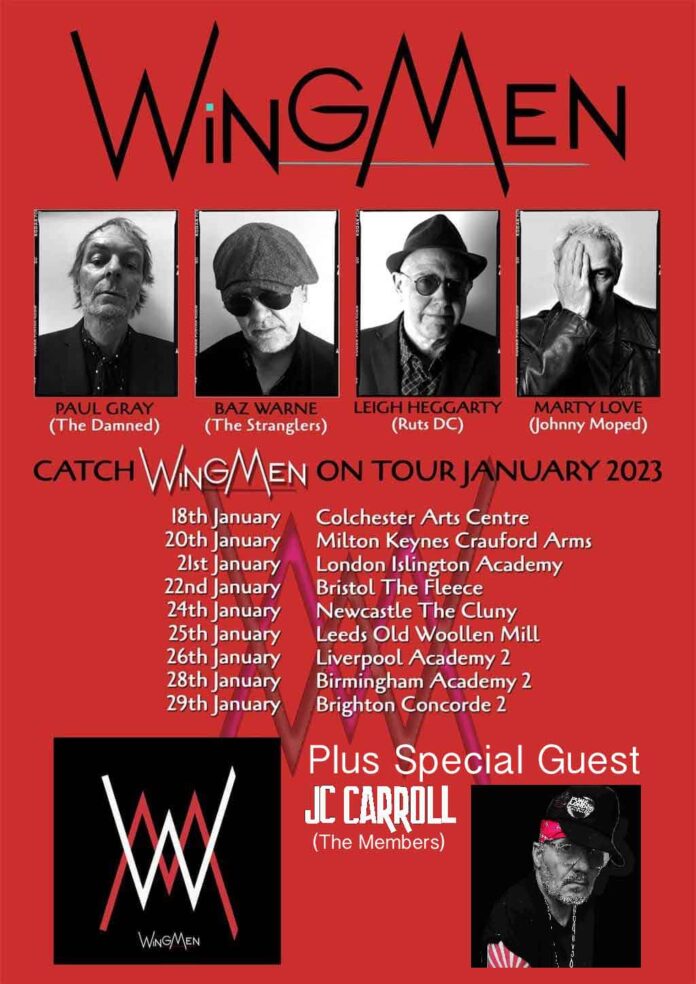 JC Carroll is pleased to announce that he has been asked to be the main support the The Wingmen on their UK Tour. The Wingmen are a supergroup featuring members of The Stranglers, The Damned, Ruts DC and Johnny Moped who have just released their critically acclaimed Debut album on Cadiz Music.

JC the Lynchpin of Post punk Legends The Members will be performing solo acoustic versions of the hits of the Members and songs from his expansive catalogue. This will be his first ever Solo tour dates are as follows.

Tour Dates with The Wingmen – January 2023

JC started his recording career with Beggars Banquet and Stiff Records and his renowned band The Members had hits all over the World in the 70’s and 80’s. His signature song Sound of the Suburbs is part of the great English Hymn Book,

Ahead of The Wingmen tour, JC with The Members playing another show at The 100 Club, London following the triumphant September 2022 gig. On top of that, May 2023 will see him launch his own Post Punk Prog Supergroup project. Caveman TV. Watch this space!