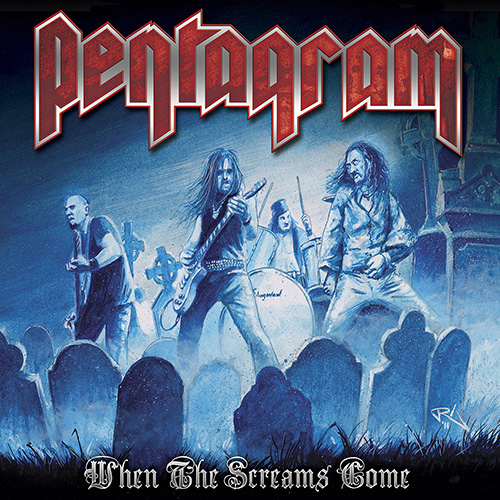 Metal Blade to release PENTAGRAM live album ‘When The Screams Come’ for the first time ever on vinyl!

Previously only available on DVD, Metal Blade has teamed up with PENTAGRAM to release “When The Screams Come” on the 17th of April for the first time ever on vinyl!

“When The Screams Come” will be released on gatefold double vinyl in three versions (180 g black – clear/blue splatter – red). A free poster comes with all three versions!

Pre-order your copies now at EMP or Metal Blade’s  EBAY-STORE!

Cult rock legend Bobby Liebling has been churning out genre defining and highly admired hard rock/doom metal for over 40 years with PENTAGRAM. Within its first decade, the band is largely regarded as co-creating two subgenres of hard rock; Heavy Metal at the birth of the 1970’s and Doom towards its death.