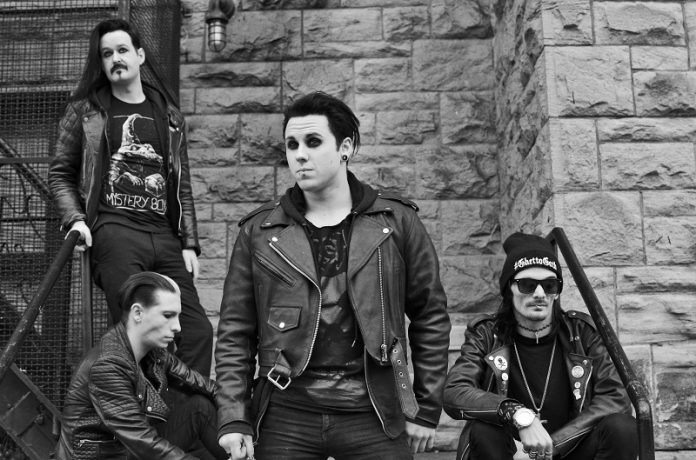 Following a storming tour supporting Aiden, Bristol based goth rockers Ashestoangels are delighted to announce they will be appearing at the Download Festival. Ashestoangels appearance was revealed exclusively by Daniel P Carter on the Radio 1 Rock Show last night (Sunday the 7th of February).

This is Ashestoangels debut appearance at the legendary Donington Park, and they are going to melt your faces. The band will be performing on Sunday the 12th of June on Stage 4.

Ashestoangels vocalist Crilly comments:
“For as long as there has been a Download Festival, I’ve been desperate to play it. This is finally Ashestoangels year and we couldn’t be more excited.”

The news comes as Ashestoangels prepare to release their eagerly awaited fourth album, ‘How To Bleed‘ on the 15th of April 2016. ‘How To Bleed’ was recorded on location at Hell’s Half Acre in Seattle and was produced by William Control. In an industry where many of their peers have chosen to tone down their sound in the name of mainstream success, Ashestoangels remain true to their DIY roots, and are self releasing ‘How To Bleed’ .

The first single from ‘How To Bleed’, Find Hell was premiered on Kerrang.com, and has been playlisted across a multitude of radio stations, including Kerrang Radio.