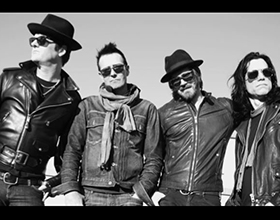 Scott Weiland & The Wildabouts’ have cancelled the vast majority of their UK tour.

A statement from the volatile frontman’s new management said: “We regret to announce at this time that Scott Weiland & The Wildabouts will not be able to perform the upcoming UK and European dates tour dates scheduled for September/October 2015 with the exception of the show in London at The Garage on Sept 03rd which will stay in place.

“Scott and the band, along with management want the fans to know that this decision was not made lightly, but as it stood, the tour dates had far too many administration and production issues to overcome, and ultimately the fan experience would have been far below what Scott feels his loyal fans deserve.

“Again, we apologize to our fans and appreciate their understanding in this matter.”

FACE VALUE REFUNDS WILL BE AVAILABLE FROM YOUR TICKET POINT OF PURCHASE.