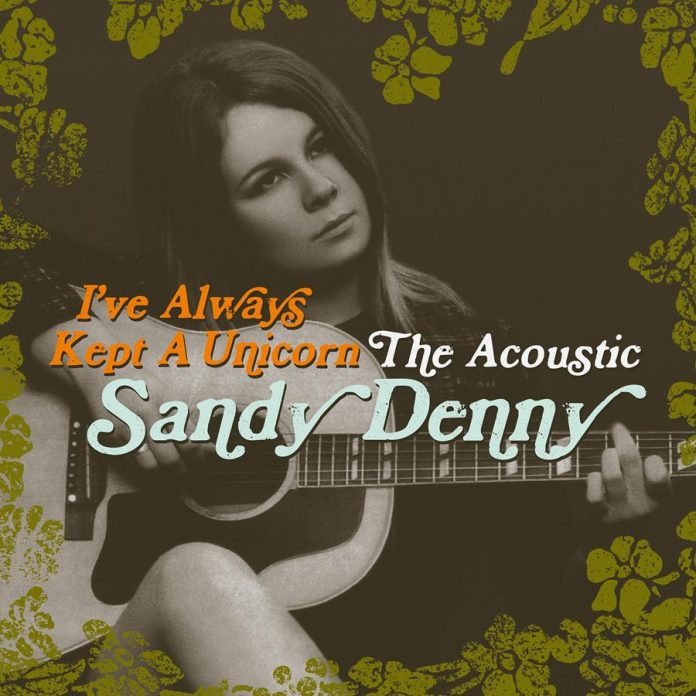 I’ve Always Kept A Unicorn is the best album that the late Sandy Denny never made. This 40-track/2CD set, comprised of demos, live, radio and TV recordings, captures the sublimely gifted British singer-songwriter at her most intimate as she runs through stripped down arrangements of songs she performed with the Strawbs, Fairport Convention, Fotheringay and The Bunch, along with material from her four solo albums.

Exclusive to this masterful set are three demos recorded at Richard Branson’s Manor Studios in December 1971 for the 1972 rock and roll covers album, The Bunch Rock On; alongside Love Made A Fool Of You and Learning The Game by one of her teenage heroes, Buddy Holly, she sings a charming duet with Linda Thompson on Phil Everly’s When Will I Be Loved.

All those who knew Sandy Denny well, and who worked closely with her, recall how brilliant she was as a solo acoustic performer and many welcome this compilation as fitting homage to her unique and true talent.

“Sandy was, as are our most brilliant performers, much better solo; I so wish she had recorded a solo album, and told her so.”  (Linda Thompson)