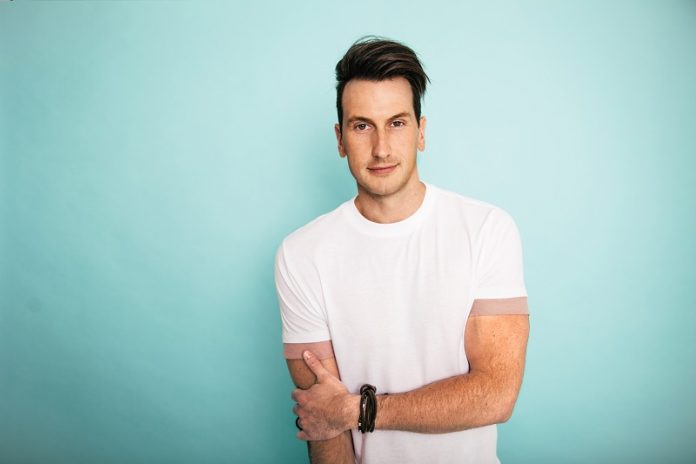 The twelve-track LP comes hot off the back of his blistering headline performance at this year’s Nashville Meets London festival, as well as arena tours with Thomas Rhett and Kelsea Ballerini. The album is available for pre-order now HERE.

The first single is fan-favourite and title track ‘Yours’. Described as a “humble love song that grows into a powerful wedding anthem” by Taste Of Country, the single is currently making its ascent on the US country radio charts. Penned by Dickerson, Brown and Parker Welling, ‘Yours’ has garnered over 40 million digital streams to date, where he’s been on Spotify’s Hot Country, Country Gold Playlists and more for over a year. The track is written for his wife, who also shot and produced the music video that now has more than 3 million views.

Produced by Casey Brown, the album will include popular tracks currently on his EP including ‘Blue Tacoma’, ‘MGNO’ and ‘Every Little Thing’, plus seven further cuts for followers to devour. All of the songs on Yours are co-written by Dickerson.

Of the record, he says; “I’m beyond stoked to have my first full length album out and available for pre-order! The support from my fans is what has brought me this far. The Yours EP has changed my life and I cannot wait to see what the Yours album will bring!”

It’s a summer of firsts for Dickerson. On the heels of his first national TV appearance on The Bachelorette, that aired on June 19th, he made his morning show debut taking his single ‘Yours’ to the Today show on July 10th. You can watch the full performance HERE.

Since wrapping the Home Team Tour with Thomas Rhett in April, announcing that he will be a special guest on Florida Georgia Line’s Smooth Tour in September alongside Nelly and Chris Lane, and now, with his forthcoming full-length debut album, Dickerson is gearing up for his most massive moment yet.