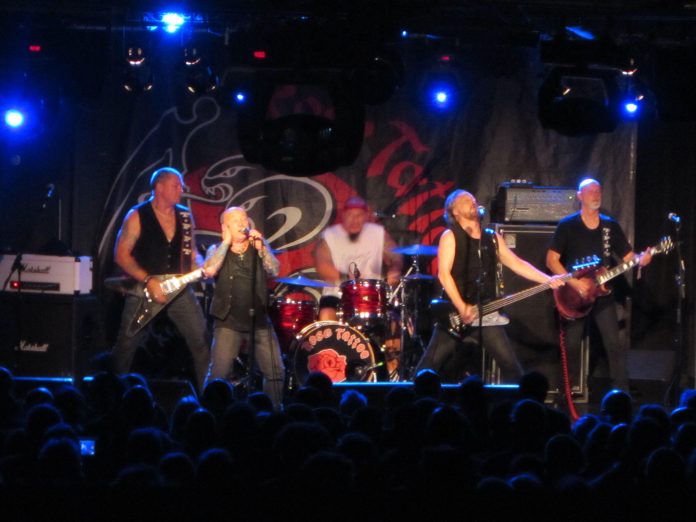 We stand for peace, love, justice and heavy metal” so offers Enid Williams, before Girlschool launch into “Come The Revolution” a song from an album released the same day as the Bataclan atrocity. As a metaphor for the enduring appeal of the band, and this music, you won’t find a more stoic fuck you. Capable of sneering Motörhead style grubby rock n roll – Kim McAuliffe is wearing a Lemmy T-shirt here – like “Take It Like Band” as well as fists in the air, stomping fury, like “Future Flesh”, they are the very epitome of denim and leather clad noise. Much of the pick of this is from the early 80s. “Kick It Down” is almost punk, and sounds remarkably vicious for something of 37 year old vintage, and another of the ones Williams sings, “Watch Your Step” isn’t even marred too much by the sound problems it suffers, while “Yeah Right” is as snotty as you like – and indeed, a set that had started with the likes of “Demolition Boys” and “Hit And Run” still sounds like it would be happier sniffing glue and being the stuff of fanzine writers from that era too. You can’t dispute their influence on the likes of Tequila Mockingbyrd, or the fact that the closing “Emergency” is the sound of a band who absolutely means every word. As an exercise in preaching to the converted it’ll do just fine and that’s all it ever was meant to be. 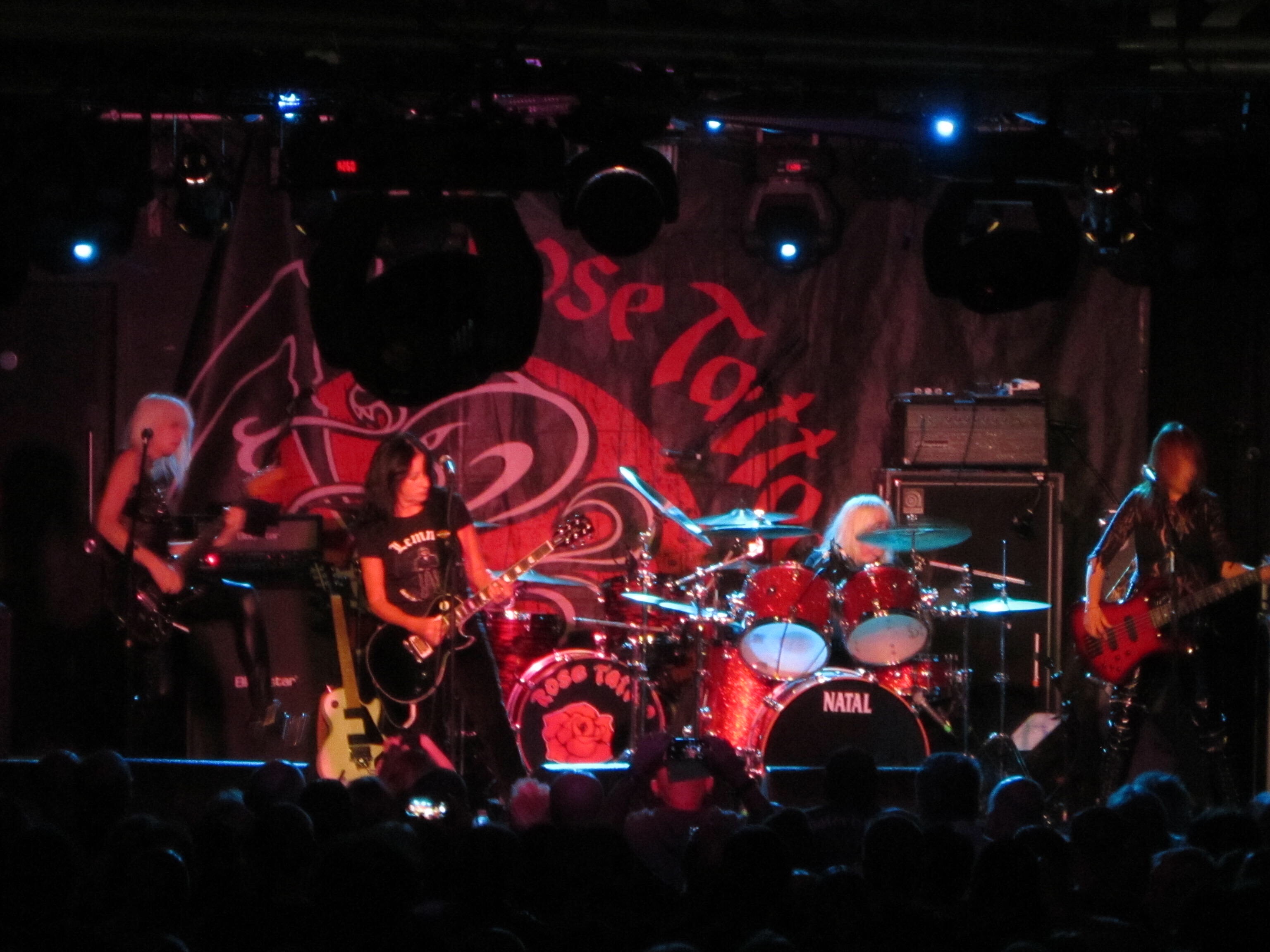 If you’re going to rant about the evils of social media then you’ll always find a friend here, so when Angry Anderson spits: “what do they know on Facefuck? Nothing much at all! This is real!” before Rose Tattoo play “Remedy” – for my money the highlight of their set – he’s bang right.

So, in the spirit of honesty, of reality if you like, that music of this no-frills nature lends itself to, I’ll come clean: I’ve never actually heard a Rose Tattoo original before tonight. I knew “Nice Boys” because GNR do it, but that’s it.

What I do like to do, though, is when the iconic bands come to town to get along. It’s a strategy that served me well. The thing is that tonight isn’t some journey of discovery where I find a new favourite band. It’s alright, nothing more.

The Social Media rant was, to be fair, the second time Angry Anderson- who formed the band 42 years ago – has nailed it. Rose Tattoo haven’t even played a song when he says: “yep, there’s a lot of blokes in the audience” and that feel of a denim wearing, beer drinking, boys club is never far away. Or put another way, if the clubhouse in Sons Of Anarchy had a house band, then it’s most probably Rose Tattoo.

Even this version of the band sound – and looks – like the last gang in town. It’s like this. 4th track in here they play “Assault And Battery”, and you’d best believe that you know the boogie, but you probably didn’t know it could sound quite this violent or filthy.

When they do that, they’re ace. It’s just that – as an outsider looking in as it were – there ain’t enough of that. There’s too much jamming. For every “One Of The Boys” or “Rock N Roll Outlaw” there’s an extended one, like “The Butcher And Fast Eddy”, or a “Rock n Roll Is King.” And Anderson talks too much when you want him to balls out rock.

The band can play. Dai Pritchard kicks out some superb slide blues, and former AC/DC man Mark Evans and drummer Jackie Barnes (son of Jimmy) are a fine new rhythm section, but, and this is a personal opinion which may not be shared by many, there’s too much meandering in the middle, in “Branded” and “1954” for example.

Even at the end the likes of “Bad Boy For Love” wines and dines you when you want to be taken roughly against the wall, “Astra Wally” is better, but even “Nice Boys” gets elongated by messing with “Heartbreak Hotel” when it needs to be a short, sharp boot to the bollocks.

Rose Tattoo do live up to their tag of warts and all and reality, and maybe it’s because I didn’t know what to expect, but whatever, I wasn’t expecting quite this. The boys, if anything, were a little too nice.