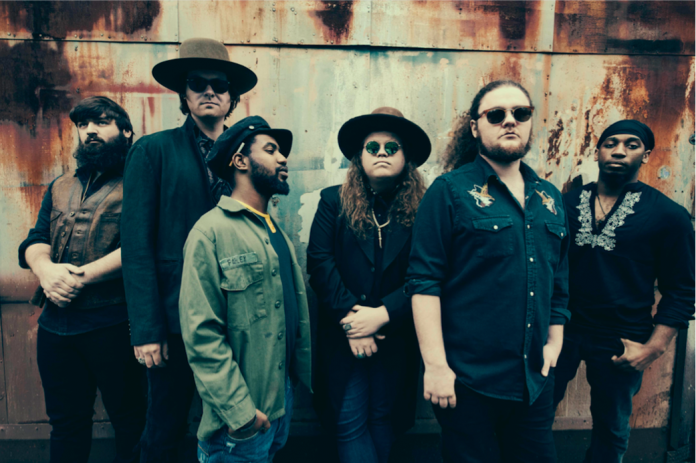 ‘Where I’m Headed’ is the latest song to be showcased from the album, following on from ‘Homesick’ & ‘Welcome ‘Round Here’. Blending emotive brass with soulful gospel backing vocals, the track is a driving and uplifting journey from laidback acoustic tones through to howling solos, spotlighting Marcus’ virtuosic guitar playing and impassioned vocal talents.

“I wrote it about a very special lady,” he says of the track. “It’s to do with always being on the road and not really knowing where you’re going next. A lot of times people ask where we’re going and I don’t really remember without looking at the tour book. So I’m saying to her that I don’t know where I’m headed, but I know you’ll be there.”

The album features 10 brand new songs, all penned by Marcus except for ‘How Long’, a co-write with The Black Keys’ Dan Auerbach and veteran songwriter Pat McLaughlin. Throughout the record, Marcus – born and raised in Greenville, South Carolina – exhibits an almost Southern gothic sensibility in his songs, owning up to failed relationships, portraying the complex connection with his hometown, and generally displaying an expansive musical firmament in the process.

A Blue Ridge Mountain boy, Marcus has been writing songs and performing onstage for half of his lifetime, and fronting his own groups for nearly a decade. Since he was a teenager, he’s been trading licks with famous fans and mentors Warren Haynes and Derek Trucks – indeed, so blown away was Haynes by the then-19-year-old that he signed him to his Evil Teen label, releasing the band’s debut album, ‘Soul Insight’, in 2015 and producing the self-titled follow-up a year later.

The UK dates in October come in the wake of a huge US run taking in shows on the Tedeschi Trucks Band’s Wheels of Soul Tour, plus headline appearances in New York, Boston, Nashville, San Francisco and Los Angeles. Marcus also has his own ‘Family Reunion’ music festival in North Carolina.