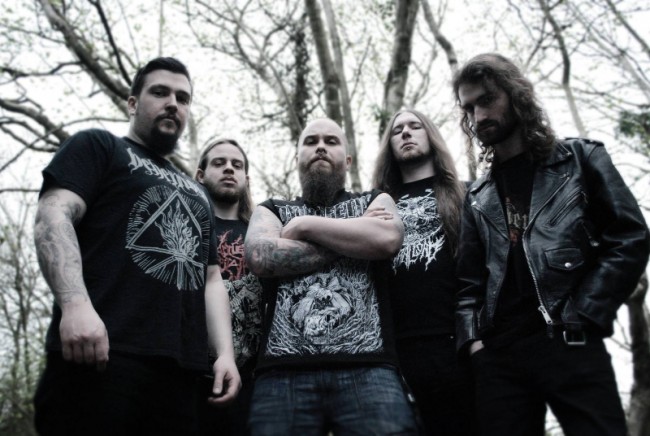 Having laid low since the end of 2014, Northern Irish death metallers Rex Shachath have suddenly announced their return and are back for blood with a brand new record which will be out November 20th via Great Dane Records.

Entitled Revocation Of The Blood Elect, this new EP might not be what people are expecting if they’re familiar with the band’s debut offering Sepulchral Torment. Since that release the band have had time to coalesce and where Sepulchral Torment had more of an ‘old school’ sound, Revocation Of The Blood Elect is an entirely new animal. Tackling social issues such as the state of modern society and man’s exorbitant desire for wealth at the expense of our natural world, the band have harnessed a sound more befitting to such issues on their forthcoming record. Old school ideals kneaded with modern death metal notions on a much more up to date and punchier production is what we have here.Revocation Of The Blood Elect carries a sound as big if not bigger than its message.

Vocalist and lyricist Dave Connolly sums the record up with a quote from French philosopher Denis Diderot, “Men will never be free until the last king is strangled with the entrails of the last priest.”

The band have posted a trailer which offers a brief snippet of audio from the record: 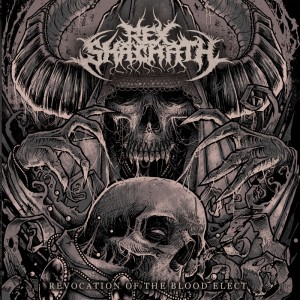 Artwork was completed by UK artist Godmachine famed for his work with bands such as Suicide Silence, Bring Me The Horizon, Cannibal Corpse and Job For A Cowboy to name a few. The EP was recorded, mixed and mastered by Joe Thompson at Sonic Forge Studio, Cardiff, Wales.