Revocation Find Their Calling On The Road 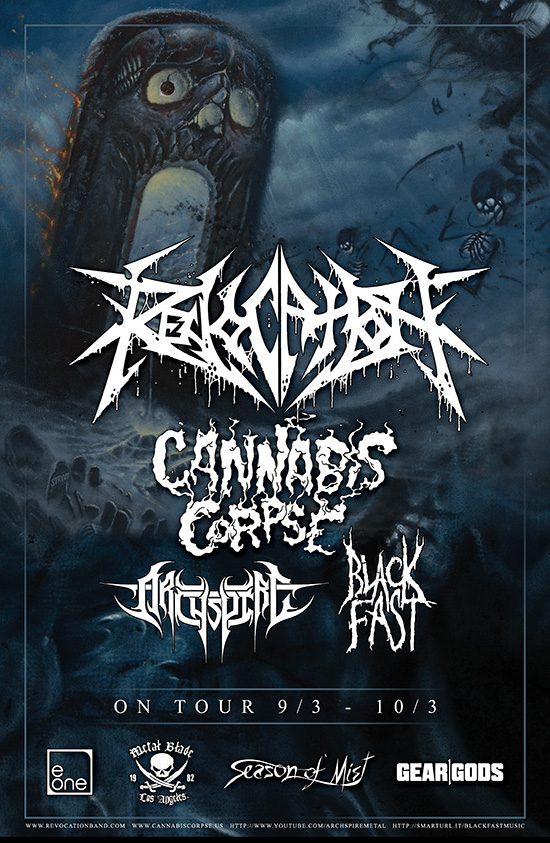 Autumn shows with Cannabis Corpse and others for deathsters

Revocation will hit the road this September and October. The tour, which is being presented byGear Gods, featured support from Cannabis Corpse, Archspire, and Black Fast. This is Revocation‘s first headlining tour following the release of their latest album, “Deathless.” The tour is scheduled to launch on September 3rd in Providence, RI, with the opening acts joining the package the following day in New York, NY at the Studio at Webster Hall. On October 3rd, Boston fans will be treated to a huge hometown show to bring the run to a close!