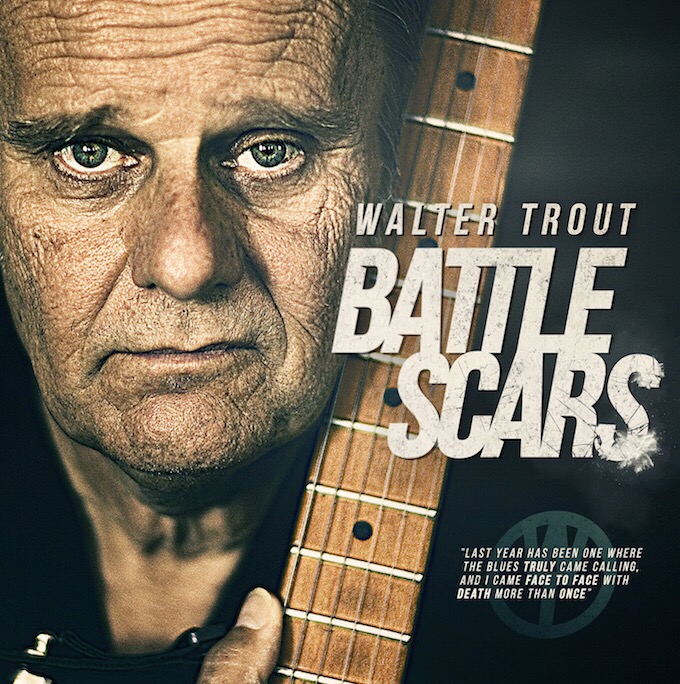 Last year Walter Trout was supposed to die. Here he proves he is indestructible

They are words that could have started pretty much any blues record:

Except this isn’t any blues record, this is the new Walter Trout record. And he really shouldn’t be here at all. He put it like this to TeamRock in 2014. “Around a month ago I woke up to find I was bleeding out of my butt. Over the next 20 minutes I lost all of the blood in my body – they had to replace 13 pints – and went into a coma for three days. After that I had this thing called an encephalopathy, which is temporary brain damage. I couldn’t speak English and didn’t know who I was or recognise anybody else. Basically, I was a vegetable and that condition lasted another six or seven days. I should have been dead at that point.”

So, do you still think this is any blues record?

On “Omaha” – the quite brilliant album high point – he takes the pain of his illness and makes it something absolutely remarkable: “3am”, he sings, in the most nakedly fragile way you can possibly imagine, “staring at the TV, somebody just walked in, and said they want to take more blood from me/Doctor said ‘just hold on, if I want to see another dawn,’ but I know I might be the next one gone”.

“Battle Scars” – for god’s sake even the title takes you into the hell he’s been through – would be an album of the year contender if it was only those two songs, but it’s not. It’s one of the more remarkable releases of 2015.

“Tomorrow Seems So Far Away” is bleak, of course, but then “……Scars” almost leads the listener through the recovery process with Trout. “Please Take Me Home” is a piece of optimism that isn’t too far away from something that Springsteen or Southside Johnny would have constructed at their best.

It’s possible to view all the tracks here through the prism of that Liver disease and of course work like “Haunted By The Night” might not be personal at all, but in the context it damn well feels like it. Magnificently claustrophobic it appears to highlight a lapse into depression, one which is fixed on “Fly Away” which is upbeat and uplifting, while there is a defiance present on the insistent “My Ship Came In” with its harmonica licks that makes the track nothing more than a classic blues song.

There’s one more explicit return to the illness, on the gorgeous, countrified “Gonna Live Again” he asks for forgiveness over a brilliant acoustic strum.

The question in the air is this: if by some chance you didn’t know what Walter Trout had been through, could you enjoy this record? The answer to this is an unequivocal, hell yes! Stick on the ZZ Top-esque boogie of “Playin’ Hideaway” and anyone with even passing interest in rock n roll would find much to enthuse about.

It’s just that in the context of what it means, “Battle Scars” means so much more than the usual album. That Walter Trout is even here to play it is a miracle. That it sounds so good is little short of miraculous.

Previous article
Spiders Get Webbed Up With Uncle Acid
Next article
Q And A: Mattias Thomasen