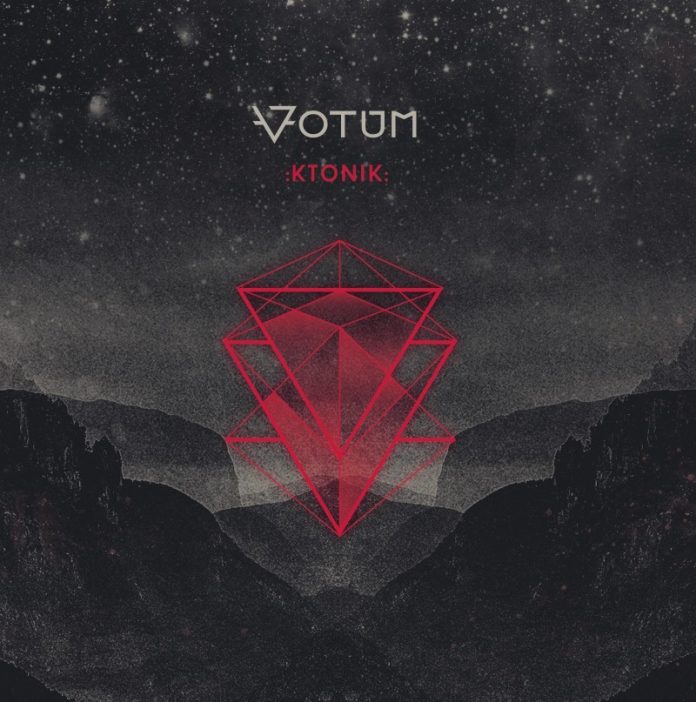 My first proper introduction to Votum was a couple of years ago while the band were supporting Riverside….I was instantly hooked on this fabulous band and immediately started working my way through their back catalogue.
I was aware that the band had new material ready to roll at the end of February but was rather pleased to receive the new album ‘KTONIK’ six weeks before release (Thanks to Adam from the band for that) to play on my Thursday night Prog show…..and what an album it is.
You can really see how the band progressed with each album and this new work highlights that perfectly within the first minute of album opener ‘satellite’…..the band have managed to make their sound a little darker and heavier but still retain their ability to produce a fine melody to within their music.
I found myself engrossed in this album instantly and with each track I was excited to hear the next and the next and so on….it’s difficult to pick a favourite track from this album as each song has its own personality….but if pushed I would have to choose ‘greed’ or ‘prometheus’ or ‘horizontal’…..this could go on & on.
The band are heading to the UK for a one off date in March…..fingers crossed the band will return for a few more dates later in the year…..and on the strength of this album and the initial reaction from the Prog fraternity they would be welcomed with open arms.
Check out Garry Foster’s Prog Rock Files every Thursday 10pm-Midnight on 101.8WCR FM & wcrfm.com
Previous article
New Albums Tsar Coming
Next article
Loads Of Folk Announced At Cambridge Folk