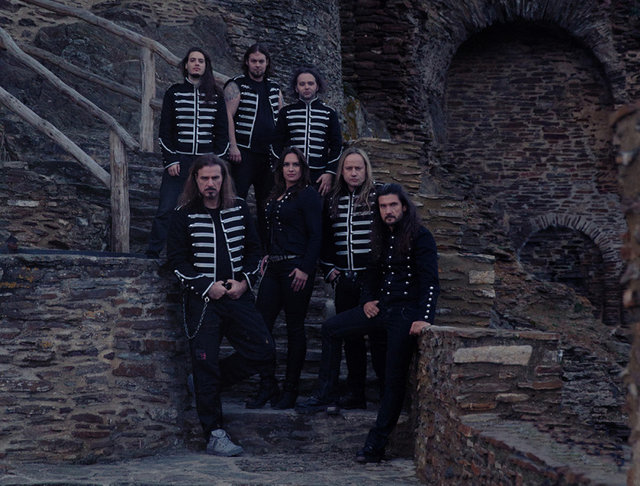 And they discuss new one here

Victor Smolski’s ALMANAC are set to release their debut album Tsar on March 18th via Nuclear Blast. In support of the release the band have released a trailer in which they discuss the musical direction and style of the new album.

Singer David Readman states:
“When I was first asked by Victor to join the band I felt very honoured to be a part of a new great band, I have to admit I was very uncertain where we would go musically with the band, and this was my feeling even as I entered the studio a few weeks ago.

The whole experience from the first pre-production recording in my home studio and writing lyrics, to finally getting the real emotion on tape with Seeb and Victor was an evolution.

Some records are difficult to make, but this was just easy!”

Fans with an interest in deeper subjects including history and culture will also be able to dive into a new world with Tsar, which combines historic and modern parallels that will surprise many. From the warlike nomadic horsemen in the steppes of Russia, to the tsardom, Ivan the Terrible, warlike Cossacks who dominate the Tatar, the siege of Constantinople and the Mongol invasion are stories about battles, wars, intrigue, conquest, terror, power and love that can be heard vocally using the different styles of the singer’s voices.

The Limited Edition version of the album features a bonus DVD with more than two hours playing time! The track list and DVD features can be seen below:

Previous article
The Vultures Fly In For Yashin
Next article
REVIEW: Votum – Ktonik (2016)