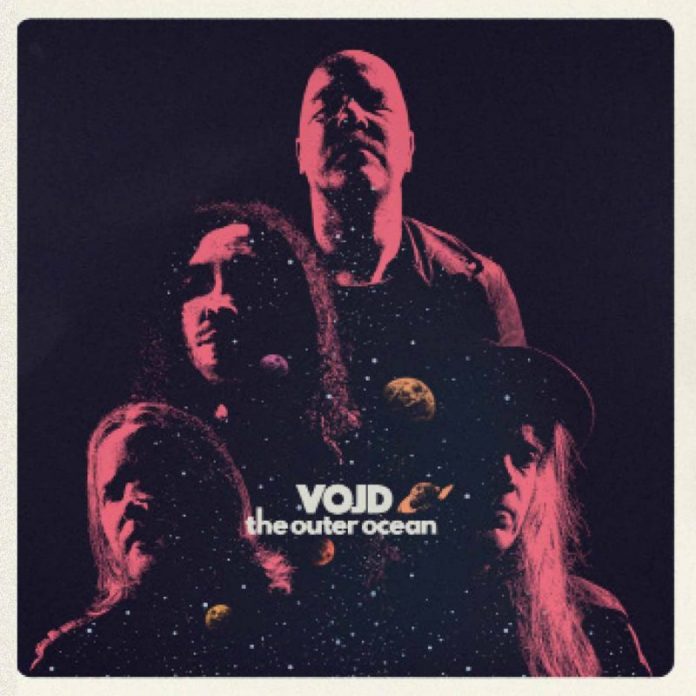 More than just a new sound

You know what it’s like when you are bored and fancy a change?

Well if you’re in a band it’s kinda hard.

There are few groups that manage to change direction and keep people happy – Paradise Lost, maybe, but even they have gone back to the heavier stuff recently. Put it like this, “Carnival Of Souls” wasn’t a bad album. It just wasn’t a Kiss album.

So what Sweden’s Black Trip did when they fancied “starting a new chapter” (their words) was to change their name. Which means – essentially – where Black Trip played classic metal, VOJD (who are BT with a new drummer in Jonas Wikstrand) play classic rock.

And damn good they are at it too.

That’s not to say they’ve forgotten metal altogether, either. It is fair to say that “Break Out” has a hard edge, but it is also true to say that it has a real rocky chug, and the harmonies in the chorus soar as though they have serious business to attend to.

Indeed, they are able to marry rock and metal as well as anyone. “Delusions In The Sky” has the carefree air of Iron Maiden jamming with Thin Lizzy (these are my two favourite bands so I don’t say this lightly) and coming out with some lost Rainbow numbers. Similarly, “Secular Wire” is an arena rocker in waiting, it has a knuckle duster wrapped up in its velvet glove and is not to dissimilar to Scorpion Child at their best.

As befits a band that was so open to change, there is a feel of an outfit that is ready to take chances here. Not for nothing, you feel is the title track a swirling, psychedelic blues affair, as if to exemplify the new outlook.

In that context, the rest is their own vindication. “On An Endless Day Of Everlasting Winter” might be the title of an oh so serious Black Metal song, but it is merely three minutes of freak out just for a laugh, “Heavy Skies” is so desperate to rock it starts with a drum solo, then gets sweatier from there, “On The Run” is mere proof that the guitar is king in this brave new world and “Dream Machine” kicks in with a harmonica break that is positively filthy.

Throughout “….Ocean” it is as though nothing since the 1970s has bothered the band in any way, but confirmation of this comes from “Walked Me Under” and its cowbell infused grooves and screeching solo work.

VOJD are, it seems, just getting started here. The record closes with “To The Light.” It has a sprawling intent and an ambition that you sense will not be constrained. Where this new trip goes is open to question, wherever it may end “The Outer Ocean” is a brilliant start.

Previous article
BAND OF THE DAY: ELECTRIC SIX
Next article
Send in the Clowns