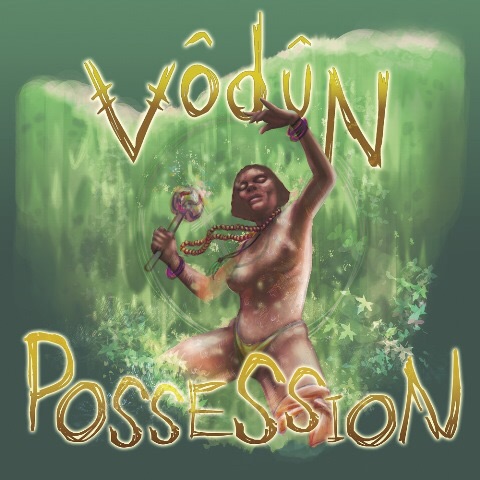 Where rock, soul and African meet and make for one of the most interesting releases of the year so far

And even if you didn’t know this before then the opening of the album helps you out. And right at the end of the narration it says: “This [Possession] is misunderstood within our society, because we travel to our holy places and praise our Gods and Sprits. For Vodun, we descend upon our temples to emerge. A God.”

There will be no such misunderstanding with the record at least, because, let’s make things very, very clear indeed: “Possession” is a magnificent record.

Led by ex- Do Me Bad Things lady Chantal Brown (and that too was a band that new how to mix the odd genre or six!) this is quite simply one of the most interesting records you can expect to hear this year.

Make no mistake this band could play on the stoner rock circuit with no problem at all given the level of riffery on view throughout, but particularly on songs like the pounding “Bloodstones”, but there’s plenty more on offer here.

Pick anything at random and it’s just as likely to thump like a punk rocker as “Oya” for example does, but to do so while retaining a very clear African influence – there’s a couple of moments with just chanting, such as “Loko”.

There’s been very few records that have had the ambition shown on “Legbas Feast” which meshes the very heavy and the ethnic and yet still makes perfect sense, and the chaotic start to the title track wouldn’t actually be too far amiss on an extreme metal album.

Arguably the collection’s best moment is the huge and soaring “Mawu” (which is a type of creator Goddess in the religion) but the primal, tribal rumble of “Minos Army” isn’t far behind, and if for some reason you aren’t totally won over, then the last two tracks might convince you that this is pretty special.

“Divinity” is perhaps the most stripped back and straight ahead rock n roll track here – albeit Brown cannot resist giving her wonderful voice it’s full range – and it’s followed by the pulsing “Kanpay Rejete”, with its wall of sound of a bassline. This epic conclusion brings to mind Royal Blood, and that’s probably because their producer Tom Dalgety twiddles the knobs here. Mind you, that he does the same for Turbowolf shows that’s he’s not exactly scared of the unconventional and he does a fine job of pulling all the disparate parts together here.

With a different, less talented, band “Possession” could have turned into a mish-mash of ideas and sonic wizardry with no cohesion. In the hands of Vodun it’s elevated into something that is never less than thrilling. To attempt to to put rock, metal, soul and the sounds of the world together takes real skill, to make the sound so immediately accessible is almost unheard of.

Even if you ignored the Voodoo elements here, “Possession” is a fine, fine album, and when you factor in the fact that it’s Vodun’s debut full-length it becomes astonishing.