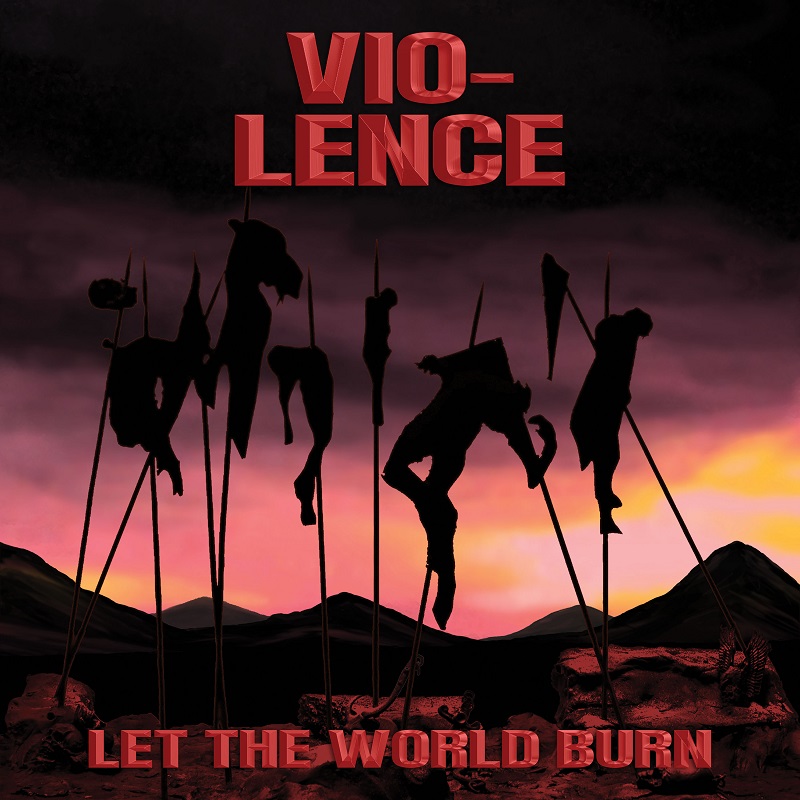 Remember singles? Remember going to buy them? Ace wasn’t it. In 1988 (to be fair, Google was my friend here) I bought the only one that I can recall ever coming with a free plastic bag full of sick. That is how Vio-lence chose to package their “Eternal Nightmare” single. Whatever you think of Spotify, Daniel Eck needs to find a way to make that happen.

Vio-lence you see, where kind of the runts in the Bay Area litter. Their thrash was nastier, punkier and a little more threatening than most. I never saw them live back then, but there was always a threat of, well, violence it seemed.

Now they are back. For their first new material in 29 years, and with most of the old guard in tow. Their rhythm guitarist is missing, but that’s something to do with him being the singer in Machine Head (Overkill’s Bobby Gustafson replaces him) and former Fear Factory bassist Christian Olde Wolbers is in.

They sound re-invigorated too, and on the basis of these five tracks, the fire is well and truly back.

It’s a reunion born of adversity, too. Sean Killan the bands vocalist had a liver transplant and the plan was to do one show to thank those that had raised money to cover his bills. By all accounts, it was a triumph, too good to let go of.

The result a couple of years later, is “Let The World Burn” and honestly, thrash hasn’t sounded this good in years.

Lets face it, thrash (but always particularly this band) works on anger and if you aren’t angry in 2022, then frankly you aren’t paying attention. These five songs drip with it, the razor sharp opener “Flesh From Bone”. The spoken word bit to add even more menace, the riffing of Phil Demmel, its all here.

The speed of “Screaming Always”, which appears to be propelled entirely by desperation is made for moshpits from the old skool, and the sneering hatred of “Upon Their Cross” is a joy to behold as it takes a concrete block to you just for fun.

Drummer Perry Strickland (along with Demmel the only other truly original member) is in brilliant form throughout, but never better than when he combines with Wolbers for the beatdown of an opening to “Gato Negro”.

What is truly brilliant about this though, is that when most of the big thrash bands either aren’t making albums anymore or have basically become hard rock bands, this is a 25 minute study in everything that thrash always was, and still should be. Nihilistic, nasty and not for everyone. “Let The World Burn” is more than a comeback, it might actually be the best thing Vio-lence have ever done.