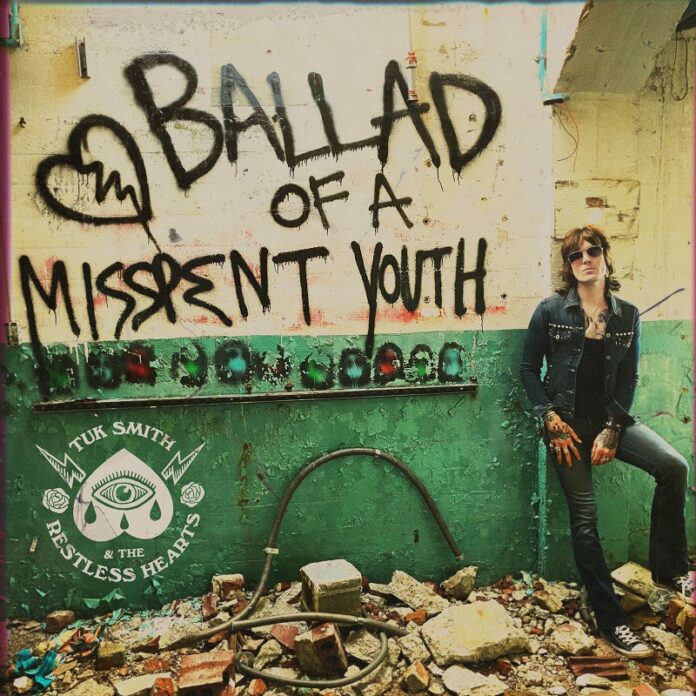 I was musing on something the other day, reading the obituaries to Jerry Lee Lewis prompted it, actually. The phrase “rock n roll”. What does it actually mean? Like, we all use it, every day if we love this music. Good grief I write it about 15 times a week! But what does it mean. The answer, surely, is it means nothing. Yet means everything.

On the opening song here – the title track as it happens – as the second verse hits, it goes “This place has got you feeling like a lost soul on parole, so get your kicks down on Reprobation Road” and whatever rock n roll is its right there. That’s it.

Tuk Smith is everything rock n roll should be anyway. He was in Biters. Biters were the type of band where you turn up and at the gig never having heard of them, and leave as their biggest fan. That really happened when I saw them. But they weren’t built to last, they were meant to go across the sky like a leather clad supernova.

Then out of Atlanta, now out of Nashville, Tuk Smith Is now the leader of The Restless Hearts, and lets stop the preamble shall we? That’s just foreplay. Let’s get down to it and say that if there’s been a better debut record this year, I haven’t heard the damn thing.

“Ballad Of A Misspent Youth” as a whole is like a buffet, where you just pick the best music that’s ever been made and pile it on your plate. That’s evident from the get go, which I am saying is the best song The Stones never wrote, but by the time “Girls On The East Side Of Town” hits, if you’ve got a pulse then its racing. And look, it sounds like Thin Lizzy, Tuk sings it like Phil Lynott, but so what? He knows. He knows you know too. We’re all in the gang. Let’s go.

Recorded with his old friend Dan Dixon, there’s eight moments of brilliance here. “Ain’t For The Faint” stomps, its sleazy, but it’s pure in its filth. “Everybody Loves You When You’re Dead” plays out some Mott The Hoople fantasies, and the golden age of rock n roll is here, its right here.

If all the bands I am mentioning are classic ones, then its deliberate, because that’s what TSATRH are about. He’s a music lifer, is Smith. He loved punk, then explored the bands his heroes loved. That’s what I did. That’s what I still do. That’s maybe why this album resonates.

He “stripped away the obscure” he reckons and “focussed on the greats”. The harvest of that is “Shadow On The Street” has an AC/DC vibe, “Say Goodbye” couldn’t sound more like it belonged on US radio in 1989 if it tried. That’s cool. Bon Jovi were the first band I loved. They haven’t written a song this good in decades. Tuk should send it to JBJ to remind him.

There’s still the air of a gang about this. All great music should have it. “Lovesick City” has got it. Take one on, take us all on, it suggests. The chorus, man. Fists in the air and roaring loud and proud. And just because there’s only eight songs here, don’t make the mistake of thinking this is lacking ideas. It brims with them, “Forgive But Won’t Forget” bristles with energy, and seethes with anger. Like it’s storing it up just to hit you with it some more. And there’s a twin solo here that early Def Leppard might enjoy.

Ultimately, “Ballad Of A Misspent Youth” might as well be called “eight hymns to rock n roll” – whatever that stands for. Actually,  all I know is this: When I was a kid and I heard “Livin’ On A Prayer” it changed my life. All great music has excited me since and the day that stops then this website ends. You get that vibe from this record, from this artist. it is, like he says in a line on “….City”: “One for the dreamers who won’t let go”. And if you still believe that loud music is the best thing in the world, then whatever you do, just get this.