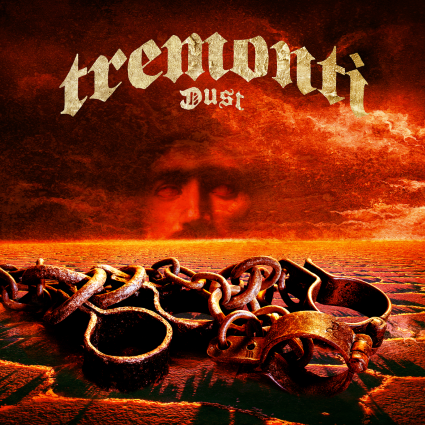 Those of us that were no good at sport at school of being jealous of the kid that was the best footballer, the best at running, the best at everything. Hell, they even got off with the girl you really liked at the school disco. Despite all this, though, they were actually an all-round decent chap and, try as you might, you just couldn’t hate them.

Before we disappear too far into MVM’s youthful private hell – and believe us losing Dawn Hughes at the disco in 1990 still hurts to this day – it is worth saying that these feelings were stirred up by the third record from Tremonti.

Most people, you would assume anyway, would have been content with being part of just one million selling bunch of arena botherers, not Mark Tremonti. Instead he recruited Myles Kennedy and did with Alter Bridge what he had previously done with Creed.

Then, as well as the fact he can play the guitar like a god, he decides to form a band that carries his name. Lo and behold they are pretty damn good too. In fact, that’s not correct, because “Dust” is better than good, it’s brilliant.

The ten songs here, right from the opening notes of the Dream Theater-esque “My Last Mistake” are so confident, so classy and so damn catchy that you forget any notion of jealousy and instead get your fists in the air, before being swept along in its slipstream.

“The Cage” is an absolutely mighty slice of arena rock, with a solo that out Slash’s  Slash if you will, with the more heavy metal orientated “Once Dead” – complete with some fine drumming from Garrett Whitlock – refuses all efforts to constrain it.

Things here are not all about bluster, though. The title track is a nice line in unashamed balladry, mobile phone lights the world over will shine brightly for “Tore My Heart Out” and “Never Wrong” does mid-paced radio rock as well as anybody. The only conclusion to be reached here, is that huge hooks are something that Tremonti evidently can do without even thinking about it.

There is a feeling however, that Tremonti, the band, and Tremonti, the man, are actually happier when they are erring on the heavy side of things. “Betray Me” – perhaps the best thing here – crushes, “Catching Fire”, appropriately the slowest burner, does menacing before it cuts loose, sees the band seemingly having fun, as Wolfgang Van Halen pounds the bass into submission, while “Never See” merrily sets about destroying everything in its path and salting the earth for good measure.

Thing end with what is initially the most understated, stripped back thing here. The gorgeous, acoustic driven first couple of minutes of “Unable To See” are lovely, but “Dust” isn’t that kind of record, so it soars away instead.

Instead, what “Dust” is instead, is unashamedly massive. It is proud that it wants to be number one in about 46 countries, and it’s a big screw you to anyone who says rock is dead. It’s also magnificent.