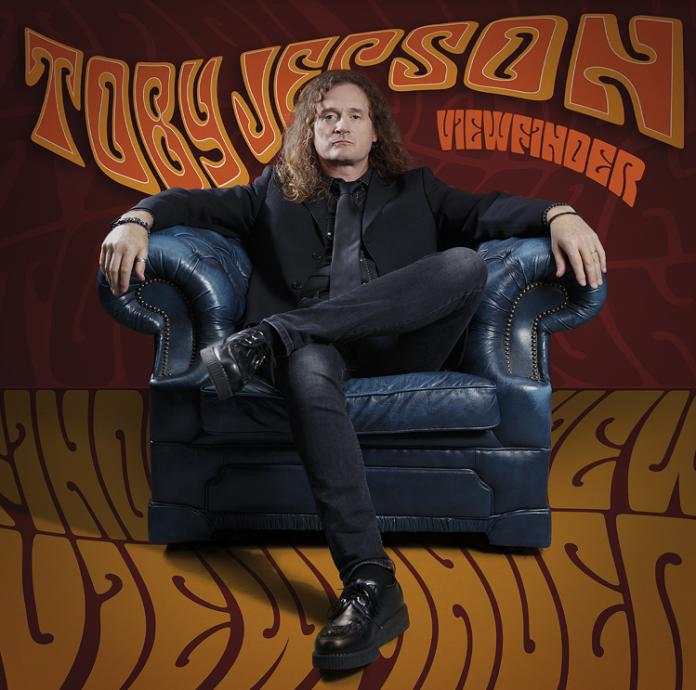 I guess I am as guilty of this as anyone, when you talk about Toby Jepson, its usually with the words “former Little Angels and current Wayward Sons frontman” attached. That, though is only a bit of the story with him.

I suppose, too, that it’s a compliment. Few bands have broken through the way Little Angels did – or meant as much to me personally – and few bands currently are as good as Wayward Sons, but its all too easy to neglect the other things he’s done.

See, for my money, Jepson is one of more underrated artists we’ve ever had. I was going to put rock star, except he’s not. He’s just one of those annoying people who’s just great at everything he does, even his podcast series last year was fabulous. And I met him once. We turned up at a gig together at the same time – I’ve told this story before – he pulled up in his car at the same time as me, and bear in mind the fella is something of a hero to me, there was a cheery “alright mate?” as he got his acoustic out off the backseat and we strolled in together, chatting. I should point out that he was opening for FM that night too.

The point of this is to say that “Viewfinder” needed doing, because it (partly) fills in the gaps between the “former Little Angels” and “current Wayward Sons” bits, because he and his friend Nigel Crooks (something of an archivist for Jepson and at the helm of the recent re-release of “Ignorance Is Bliss”) have got together these 20 songs.

Four are unreleased, so we’ll start there, because in many ways they encapsulate all that is brilliant about this. “Little Bird” will be recognisable perhaps, because it has a Little Angels flavour (it could have sat on a later album of theirs) but the others show the breadth of his skill. “Overwhelming Me” is a full on piano ballad. There was always this side to him (I Ain’t Gonna Cry” for example) but this one has a real 70s touch. Watching some Elton John stuff on TV the other night, I was struck how much this sounded like one of his.

It is, “Losing Side” though, that grabbed me most. A similar vibe to something Springsteen would have done on “The River” it would have been criminal if this hadn’t been put out (and in the notes Jepson alludes to why – a lack of interest in tech and bad advice, essentially). The last of the “new” quartet, is “Picking Up The Pieces”, and it has a flavour of late 90s indie about it, big and swaggering, its tempting to imagine its soaring chorus in an arena.

The sad fact  – bluntly – is that the other 16 might be “new” to most too. Which is why ”Viewfinder” is so important. There are some gems here. The abrasive opener “Better Off Dead”, or a personal favourite of mine “Unwind” which is pop punk until the very moment it gets to that Jepson scream (you know the one).

Or “Back In The Day” which looks back on “fame” with an interesting glance “they sang the chorus. Hip, hip, hip hurrah” he almost spits. He’s a clever, witty and articulate songwriter too, “Dear Mama” is awash with organ, “When Will We Learn” does a Beatles thing and the title track has a proper funky flavour.

That is merely a snapshot, because across these 20 songs – almost 80 minutes of material – whatever it does and wherever the work goes, it still got the mark of TJ quality on it. The pure rock n roll of “Motivated” (always one of my favourites of his simply for the line “you best be minding your bee’s wax honey”) or the acoustic led “Raising My Own Hell” deserved to be huge.

There’s even a stab at folk with “Four Letter Word” (even if I can’t get past the fact that I always want to sing “I Want To Know What Love Is” over the verse and I HATE Foreigner ……) and a touch of pop on “Weight Of The World” (and if we go back to his very first project after LA split, it sounded like this) before the previously released stuff ends with the epic sounding “Just No Way”.

Jepson himself says that the collection is called what it is because its always been his job as a songwriter to “find a view”. Here’s mine, for what its worth. These are the works of a truly brilliant artist. One who deserved – and still deserves – so much more, but who might be delighted and contented with all he has done anyway.

Previous article
STARING AT DOBERMANN
Next article
BAND OF THE DAY: SWITCHBLADE GLORY