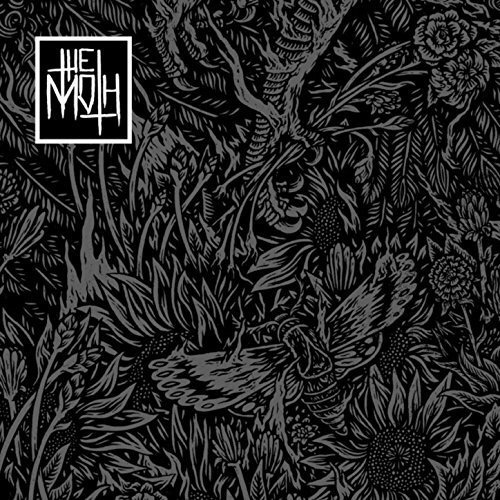 Recently when Conan decided to tour for no other reason than they fancied making some noise recently, the opening act they took around the country was The Moth.

Back in February the Hamburg based trio released this, their second album, and you can certainly see why many have tipped them to do very well indeed.

Pitched somewhere in-between doom and sludge, but with a feel all of its own, the nine tracks on “And Then Rise” showcase a band that isn’t too bothered about conventions. This is doom, yes, but it’s doom on its own terms.

What makes The Moth so different, is that while there are Sabbathian slabs of riffery – the monolithic “Fade Away” takes a wrecking ball to its surroundings for example – there’s a sort of pulsing, hypnotic insistence about the songs that puts the band on a different plain from their peers altogether.

Much of this is down to their interesting vocal approach. Many bands have done male/female vocals, but there’s not too many that do it like this, where both bass lady Cecile and guitarist Freden often sing the same line. When they do a more usual duet, such as on “The Battle Is Over” the effect is startling, and this is a track that would get the average High On Fire fan running to their nearest record store.

The secret here is that while “And Then Rise” is supremely heavy, it just about restrains itself. At its best, as on the dark “To Rise (In Wino Veritas)” it’s absolutely superb and brilliantly bleak feeling, and “Last Times” is drenched in fuzzy feedback.

“Slowly To Die” and “Seek And Burn” both kick off with an ominous bass buzz. The former gets even more low down from there, and in the process becomes reminiscent of Type O Negative at their peak, while the latter is a faster, riff-laden largely instrumental track to give the record some real depth.

Things end with “The Fire,” appropriate perhaps that it is a slow burner, and Lord only knows what kind of demons are being summoned in its lyrics. It’s best, you suspect, not to delve too deeply.

Far better to listen to “And Then Rise” as a whole, because on it The Moth have constructed something that keeps delivering time and again.