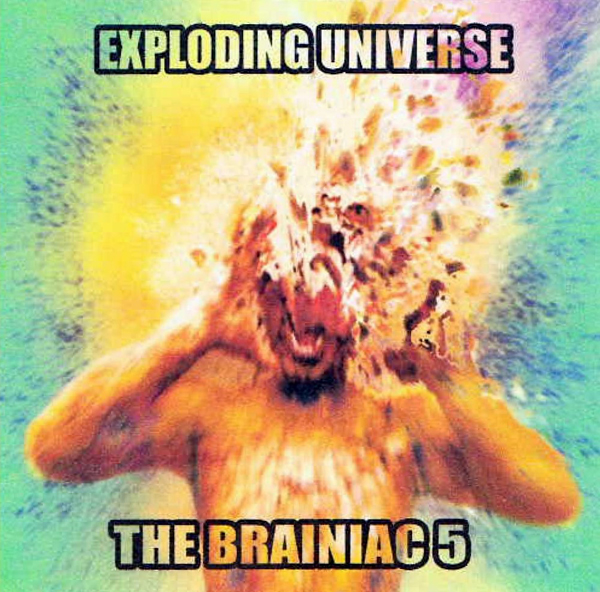 Damian reviews his first album on MVM – and likes it. A lot.

When I was first passed this release to review, I read the blurb and thought this is right up my street. The band formed out of the ashes of free festival favourites the Half Human Band

The Brainiac 5 made a name for themselves on the isolated yet thriving mid-70s Cornish pub, club and festival scene.

First listen was: “What the hell!?” .…but this is a real grower, believe me.

There is something for everybody on this album, Blues, Rock, Reggae such is the talent of this five piece Cornish based psychedelic punk band.

It kicks off with “Haphazard!,” which reminds me of all the wonderful post punk bands I used to love such as Gang of Four. The song chugs along with Charlie Taylor venting about a difficult relationship, but the addition of a Jews harp in the background and wonderful saxophone from Nick Onley is a stroke of pure genius.

“Ordinary Man” is a real feel good number, which in parts reminds me of early Dexy’s but this is very much the Brainies own tune. It brought a little sunshine into the room on a rather dull day.

Sax and an almost fretless bass followed by a guitar solo start Empty and Blue, which is a well paced rock anthem with a catchy chorus with a wonderful guitar hook. As it progresses we get a harmonica followed by the band chanting to end this track.

“The Beauty Of It All” is a dreamy catchy prog like passage, with heartfelt lyrics about love, God, the Universe. Haunting flute and guitar riffs gives it a wonderful trance like feel.

When you need a folky sing along tune, along comes “Walls Are Falling down, I defy you not to be humming this, thinking “where the hell did I hear that tune?!”

Reggae is up next with Stars Plan Ahead, a lament to a old friend who has gone off the rails, old time reggae but with the Brainiacs, there`s always a twist. We get a dreamy flute interlude followed by some good old guitar rocking out before we return to our reggae/sax combo.

“Growing Up” –  about what else but growing up  –  is an upbeat Jazz funk tinged number recalling all our concerns and fears about life at a young age, then there’s A return to post punk with the track “Your Body`s Alright,” hints of Ian Dury make it alright by me as well.

(I`m The) One highlights the talents of drummer Wayne Worrell and guitarist Duncan Kerr with a good old fashioned rock jam but remember this is the Brainiacs so we get a snippet of sax then back to Charlie`s understated vocals.

A proggy track remenicent of Ozric Tentacles.Exorcist Plan ends this wonderful record. Kicking off with reggae, then anthemic rock, before the boys finish with a catchy mantra.

The album was recorded at Alchemy Studio in Wood Green, North London with contributions from Ethan Landis (Hackney Brass Band) on trumpet and percussionist Phil Overhead. It was mixed by their longtime engineer, Hawkwind’s Martin Griffin at his Roche Studio on the edge of Dartmoor.