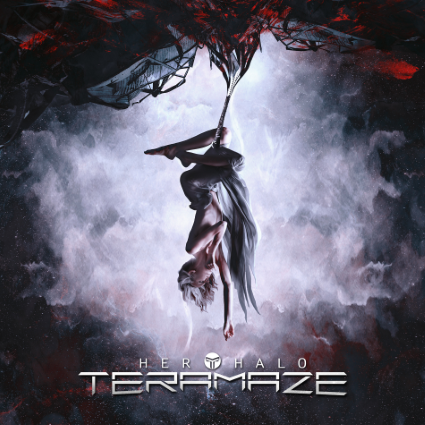 Aussies ready for the big time on their fourth record?


Sometimes there’s no better place to start than, well, the start. And the start of “Her Halo” is “An Ordinary Dream (Enla Memento)”, if you do nothing else in 2015 listen to the damn thing. You should do this because it’s incredible. And you should do this to see if you like Prog Metal at all. If you don’t like this song then the chances are you wont enjoy the genre, because it’s ambitious, superbly well played and yes, ever so slightly grandiose and pompous – which means in the world of the most overblown section of metal that everything is as it should be.

The problem that people have with prog metal is that no one knows what it actually is. For every Dream Theater and Spock’s Beard, there’s a band like Periphery and Between The Buried And Me. Even for such a hotchpotch of bands as that, there’s something that you can’t put your finger on with Teramaze.

The vocals (mercifully) are clean – indeed new singer Nathan Peachy does a brilliant job throughout – but the riffs are too modern for that fact not to be noticeable, “Out Of Subconscious” for example, is not the work of a retro type band who wants to plough the same furrow as others. Rather they’d quite like to make their own mark.  And, although the first song is the obvious pick of the bunch, work like the stunning “To Love A Tyrant” isn’t far behind, as Dean Wells (now the bands sole guitarist) really excels.

If much of the album has been heavy and all consuming affairs, then the third of this wonderful eight songs shows their lighter side – at least initially. “Her Halo” starts as a light, acoustic strum, a soaring chorus recalls Queensryche at their best.

And just in case there was any doubt about their abilities, the brilliant “Trapeze”, an instrumental comes along to show beyond doubt that this is pretty special outfit. As if to prove that, they follow this up with, “Broken”, a lush balladic affair and they end with a spot of something approaching Power Metal in the ten minute epic – in all senses of the word – “Delusions Of Grandeur” which is a brilliant end to record that frequently approaches that height.

Being a Christian band as Terramaze are, can sometimes prove a barrier to mainstream success. Not here, for that spirituality only informs the songs rather than becoming the only focus. This is a band that’s ready for the crossover into the wider public conscious.

In the build up to the record founder member Wells has spoken about the new, more mature sound the band have. That comes through in abundance, because “Her Halo” is a career high.

Previous article
Beggs-ing For Attention
Next article
Doomsday Outlaw: Giving It All They’ve Got