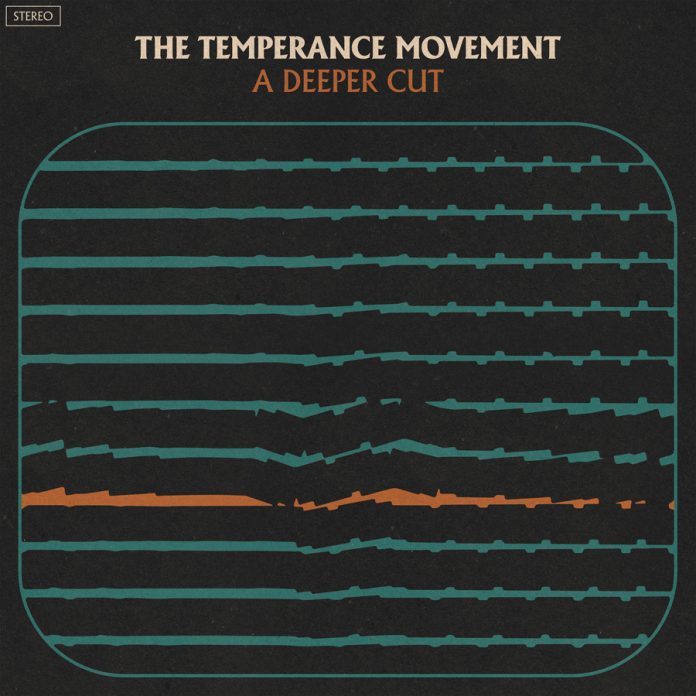 Getting back to basics on album number three

Three little words, but they mean so much.

The football team that sacks their manager because they are crap, you can bet the new man always wants to get back to basics. The band that released an album that wasn’t as good as they’d hoped, they want to do likewise (a close cousin of this in musical terms is “returning to our roots”)

The Temperance Movement have been uttering these sort of phrases in the build up to “A Deeper Cut” – and indeed have walked it like they talked it too, given they played some really small venues in the run-up to Christmas and used the opportunity to premiere most of these songs while they did so.

It is worth saying at this point that it wasn’t as if “White Bear” (their second record which came out a couple of years back) was bad. It was actually very good, it just didn’t sound like their first one, it had a bit of a crossover thing going on and moreover it doesn’t seem like the band were in a good place making it (founding guitarist Luke Potashnick quit before it came out and drummer Damon Wilson soon followed him out of the door) and although their rise continued in the same fashion it had (christ, they opened for the Stones so it’s not like they need to give a monkeys what I say here) it seems the three they left behind –  singer Phil Campbell, bass player Nick Ffyfe and guitarist Paul Sayer – decided what they needed to do was simple: get back to basics and capture the essence of what made their first EP and debut album the copper bottomed classics they were – or put another way, back to the feeling they gave your humble scribe when he saw them play the small room at the Hare and Hounds in Moseley, Birmingham in 2013 and predicted he’d seen future Wembley Stadium headliners.

Which brings us right up to date and a new look outfit (guitarist Matt White and drummer Simon Lea are in) but an old sound. It’s absolutely clear – as indeed it was back in November at one of the aforementioned the live gigs – that “A Deeper Cut” is a rock n roll album again. “Caught In The Middle” swaggers out of the blocks as if its got urgent business to do, but it’s so much more.

There is an honesty, a sense of catharsis almost, about many of the songs here. Indeed, a couple of the tracks towards the end are as raw as it gets lyrically. “The Way It Was And The Way It Is Now” is, you guess, their story. “don’t talk about how it was” sings Campbell. The inference is clear. They’re here and they’re only looking forward. They – and he – follow this up with the incredible “Higher Than The Sun” and the hook line brings to the fore his battles with drugs during the last few years. “I’m dancing in the middle” he says with a real emotion, “higher than the sun.”

Both those, well, cuts, are why “A Deeper Cut” is so superb. Heart on their sleeves, but with a classic intent and a hell of a chorus. These are songs that will be sung by thousands.

But they are songs too, that do things their way. There is a pop sensibility about TTM that is just natural. The staccato rhythms of “Built-In Forgetter” are anything but forced. And the soul fuelled “Love And Devotion” has a massive groove just because it should.

The title track, wouldn’t have been too out of place as an Oasis ballad (and if it had been the brothers Gallagher could probably have put another wing on their mansions) and the absolute highlight here “Backwater Zoo” is what it would be like if Elton John jammed with the Black Crowes.

There was a moment in their early shows where they’d turn the amps off and do “Chinese Lanterns” as if they were the best buskers in the world. “Another Spiral” could capture that vibe in the future, and “Beast Nation” is enlivened by some extremely strident guitar.

Together with long-time Producer Sam Miller (who has twiddled the knobs for a host of pop acts including One Direction) they have made something that is both universal but perfect when you’re alone with your thoughts too. “Children” is cracked Americana and there is an unashamed pop hook about “There’s Still Time”, while the closing “The Wonders We’ve Seen” begins with the line “let’s not go home” as if they’re reminding themselves they are in it for the long haul.

Previous article
ARTIST OF THE DAY: HOLLY MIRANDA
Next article
Therion Bring It