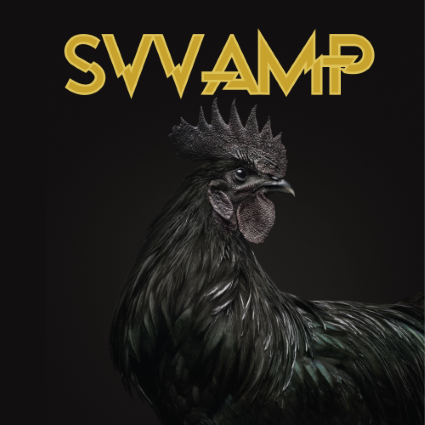 Want the most laid back album of 2016? Look no further

A Swedish trio who liked the feel of their demos so much they recorded the whole of their debut album in their studio with no outside help at all, Svvamp have rather perfected the idea of music to be played while sitting in a hammock on a gorgeous summer’s day.

Halfway through things – almost it seems as a palate cleanser – there’s a beautiful acoustic song called “Set My Foot And Leave”, wherein one of the last lines seems to rather neatly capture the vibe of the whole record. “There’s nothing in this world for me, except to be in a cornrow field,” suggests Adam Johannsson, “and listen to the breeze.”

You imagine that he does this a lot, and furthermore if he does, this might just be the perfect soundtrack for such an endeavour. Because there are many bands who fit into the whole “retro rock thing” but there’s something that seems entirely natural about Svvamp.

It’s like some bizarre Back To The Future type thing is going on throughout. Svvamp are, granted, impossibly young but on “Serpent In The Sky” they could be an early 1970s band, on “Fresh Cream” they could actually be Cream. Not, you understand, in some hackneyed derivative way – this record is far, far too good for that – just more that it actually really sounds like they are a 1960s band.

Whether the production techniques or whatever it is, there’s a psychedelic, fuzzy warm feel to songs like “Burning Down” that make them instantly familiar yet totally new. “Free At Last” adds a bluesy edge, but does so in a way not seen since the first two Thin Lizzy records and “Time” rocks our like the Black Crowes on the Amorica album.

Aptly for this band there’s a track called, with seemingly no hint of irony, “Big Rest” and its Hendrix-infused grooves mark it out as a real highlight, and although “Golden Crown” does have a little bash at being primal, it can’t really manage it – although it does have a funky strut about it.

When they do let their hair down, Svvamp prove that there is very little that they can’t do, and “Blue In The Face” boogies its way round the place – and is typical of many here in that it cannot for the life of it see why it should take ages making a point that could be eloquently done in two and a half minutes.

That brevity when others would meander is just one of many reasons why you need this record in your life. “Oh, Girl” and its tale of heartbreak is another.

Best of all, though, is “Down By The River” the acoustic tinged piece of brilliance they choose to end this with. The Allman Brothers and all kinds of West Coast bands, from The Byrds downwards, are recalled in its “one fine day I’m coming home” refrain.

“Svvamp” however barely needs any more sunshine, and the outlook for the band that made it is nothing short of gloriously bright.