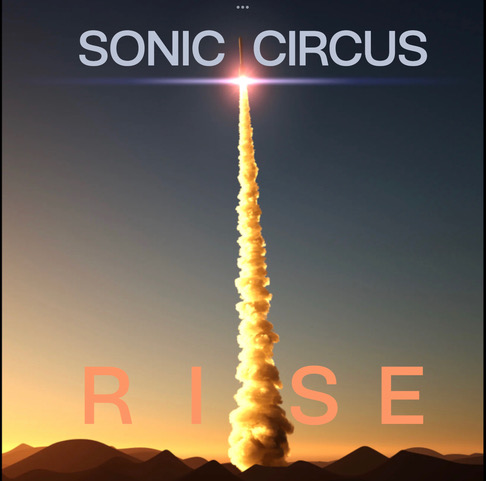 I do like an intro to an album. It always gives gravitas. A depth. It suggests that the band really cares about their craft.

That sums Sonic Circus up actually.

And with “Rise” it might be time for a quick reprise, to help me as much as anything.

Back in 2020 I reviewed their debut EP. “Everything” I said was “assured” and I concluded: “This is that rare thing. A “grower” of an album, but one that started off as being ace and just gets better each time you listen.”

Which brings us neatly to “Rise” a five tracker from the same ballpark, but actually repackaged and recorded versions of their original demos. Just be glad they are out now, though, because Sonic Circus are a band of consummate skill. The one after the title track (the aforementioned intro), is “Black Songbird” and it’s a thing of beauty. Rock n roll for grown ups, the way the solo hits suggests arena rock. The way the hook goes, suggests a songwriting ability that few possess.

There’s touches of a lot of Australian bands that I’ve loved in the eight years of doing MV, Karnivool, Dead Letter Circus (and even one that I loved way before MV was a thing, Powderfinger) but there’s a vibe, an energy to the likes of “This Feeling” that is all their own.

The fact that across these songs, Sonic Circus have managed to cover so much ground is to their credit. Whether it’s the chugging, almost Stereophonics feel of “….Feeling”, or the enveloping feel of the brilliant quasi balladry of “My Princess” the only thing that you could say reasonably binds them together is a class.

“Last Train Coming” is the almost perfect ending to the EP, as Jimmy Van Zeno’s vocal power comes to the fore, while Vik Kundra and Alan Leslie provide him the perfect backdrop, before yet again, the solo soars.

We all know there’s no justice in the world. If there was I’d be married to Kylie Minogue after all, but in some parallel universe, Sonic Circus have just completed an arena tour instead of sending me emails about their new EP.

Singer Jimmy, though, did put this at the end of the communication: “The passion, conviction and emotion is still there, as Sonic Circus move forward onto the next chapter of their existence.” And like everything else on here he’s nailed that too. His conclusions are better than mine, and his band is definitely better than yours. “Rise” is a new chapter, but my goodness, it’s a stunning one.