BAND OF THE DAY: LOS SAINTS 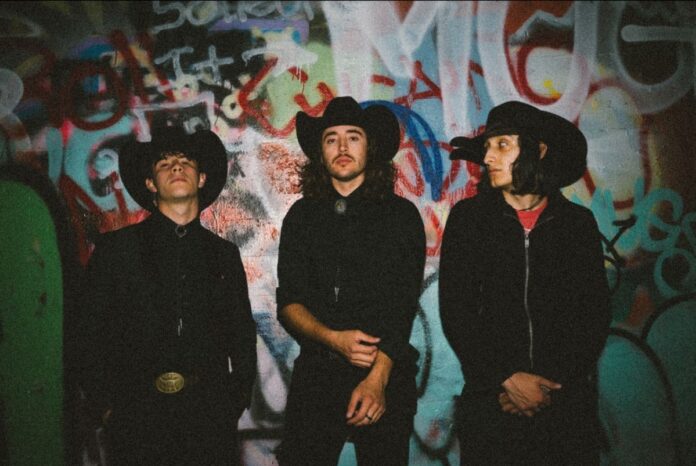 Los Saints have just released their EP ‘Welcome To Confusion’ via ENCI Records along with a new video for ‘Lost You’, which was premiered by Under The Rader HERE.

Talking about the new track frontman Angel Mariscal says “This song is about facing the fear of love, which I think anyone who’s dealt with trauma from past relationships can relate to. No matter how much time you’ve given yourself to heal, there’s always going to be that leap of faith you have to take.”

With the new 5-track EP, Los Saints, made up of cousins Angel Mariscal and Emiliano Garcia and their friend Gianluca Exposito, continue to build on the success of the recent singles ‘IDK’ and ‘Fouund You Somewhere’.  It’s a coming-of-age record, one that finds the young band striving to make sense of both where they’re from and where they’re going.  For Mariscal, that meant making peace with himself after an especially painful breakup, learning that sometimes the end of relationships offer no easy answers. Every Los Saints song shares a certain feeling—an enveloping warmth, a kind of cosmic radiance. Their sound is familiar yet foreign all at once, a reflection of listening habits that range from halcyon dream pop to contemporary hip hop and everything in between.

It makes perfect sense, given where the indie/alt-rock trio originated from, namely, the southern San Diego County town of Chula Vista, CA.  Mariscal explains, “Chula Vista is a town right next to the Mexican border. This makes it an extremely unique city with the amount of different cultural backgrounds present, Latin culture being one of the most present cultures here. It’s also semi-isolated, as in it’s not Downtown San Diego. Growing up, there wasn’t much to do here and although there’s a bit more now, the lack of activities, in combination with the cultural mix, is what, I believe, sparked the vast amount of art scenes that are present here. A good example of visual arts that represent the Latin culture here is Chicano Park, and for music, the entirety of Chula Vista really. There’s an insane amount of musicians and a really big scene here.”

Working with an outside producer for the first time, Los Saints enlisted Dear Boy drummer Keith Cooper to record the EP. Of the experience, Mariscal says, “Keith is awesome first of all. He’s really freaking good at what he does as an instrumentalist, recording engineer, and producer. He knew it was our first time recording professionally as well and, though the process was new to us, he made it seem like we’ve done it together a million times.”

The time in the studio and the experience of making ‘Welcome To Confusion’ helped the trio become even more cohesive and allowed Mariscal to grow more confident as a songwriter. “I learned how much easier it is to express myself and my emotions through music versus in conversation,” he recalls.

As Los Saints prepares to release its latest effort into the world, Mariscal says “There’s something special about these songs, and I can only hope people experience as much emotion listening to them as we did when we were making them. I want for people to feel like our music is something that they can listen to as an outlet and feel like we’re friends without even meeting. I just want people to understand us, and we want to understand them. That’s the magic of music, isn’t it?”