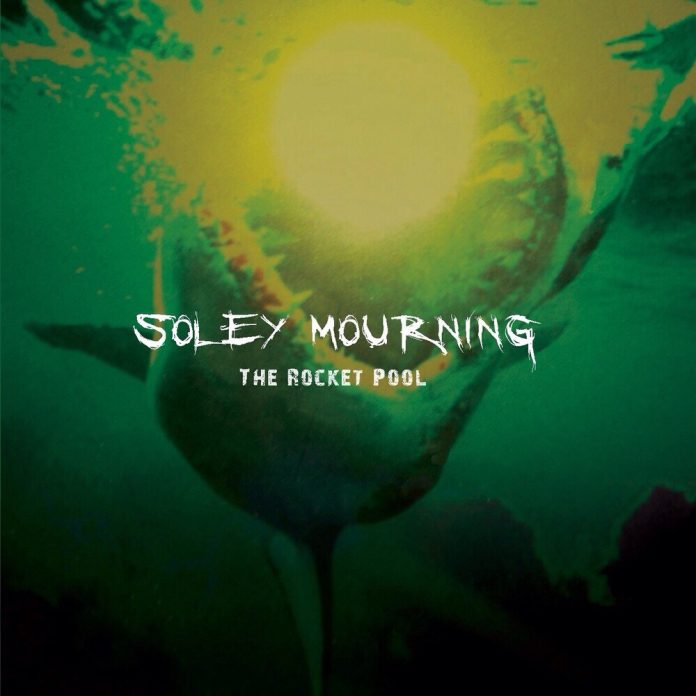 After nearly a decade, have Mourning finally broken?

Soley Morning, I’m sure they wouldn’t mind MV saying, have been at this a long time. It almost seems a lifetime ago when they were gigging on the circuit with fellow Black Country underground heroes Martyr De Mona and a host of long forgotten bands (one of which one of MV’s writers brother’s was in, which is why we know exactly how long they’ve even going).

So it is that SM are here with their fourth record. In that time they’ve not been idle. Rather they’ve gone to Europe, they’ve supported Magnum all round the pace and they’ve gigged all over the UK. In short they are a highly polished and experienced act.

They are also one who is far more eclectic than the “Alt. Rock” banner they often get lumped under. If like MV when you hear that phrase it conjures up images of lumpen, tired dated grunge-lite, then you best think again, because “….Pool” is awash with great songs that quite simply are classic rock in waiting.

That this record is one with huge ambitions is immediately evident. “Last Of These Nine Lives” is a brilliant opener. Coming on with a wall of sound that would shame Soundgarden at their heaviest, it is also shot through with admirable urgency a soaring chorus.

Indeed, the same could be said for much of this record. “Accidental Enemies” swaggers like an anthem ready and waiting, and then comes the iron fist of a pay off “we are accidental enemies who happen to….” sneers singer Mat.

It is an album that is oddly funky when it wants to be. “Turn Yourself Around” fits into this bracket, while the magnificent “Gumstream” has echoes of all sorts of influences from Living Colour to INXS onwards, but is brought together in one stunningly cohesive near seven minutes, by contrast “Shark Eyes” is a short, sharp blast of modern metal that, if it had come off a Heaven’s Basement LP, would be filling venues.

The title track is an angular groover, but it’s rather overshadowed by what comes next. “The Unmasking Of A Rational Mind” starts by taking religion to task. “Where was the Lord when that baby caught AIDS?” Is the stark early question. Not content with that, the second verse namechecks Nelson Mandela, Martin Luther King and Enoch Powell, before smashing political correctness to pieces and dismissing the Internet age. The third stanza really gets to business. The welfare state, media, the Northern Ireland peace process, all excoriated. As its last line says: “I have a voice, I’m going to use it now.” You get the feeling the band really enjoyed this one, and in the context it’s an astonishing song on many levels.

The three that have the unenviable task of following this could risk being a little “after the Lord Mayor’s Show,” but they don’t suffer that fate, largely by being superbly crafted. “Seed Of Doubt” is a mid tempo thing with half an eye on the ballad market, although it can’t resist a power chord here and there.

“Only Embers” begins with a guitar solo and gets even more fun from there, and “So Long Song,” is a gentle closer. You can almost imagine this being sung around a campfire after an evening spent enjoying the warmth. It’s plaintive, simple lyric juxtaposes nicely with the outright bombast elsewhere, although, here too it manages to release the shackles before the end.

All of which means this is possibly a career high for the band. Surely with “Rocket Pool” Soley Mourning can get a true lift off at last, it is most certainly deserved.