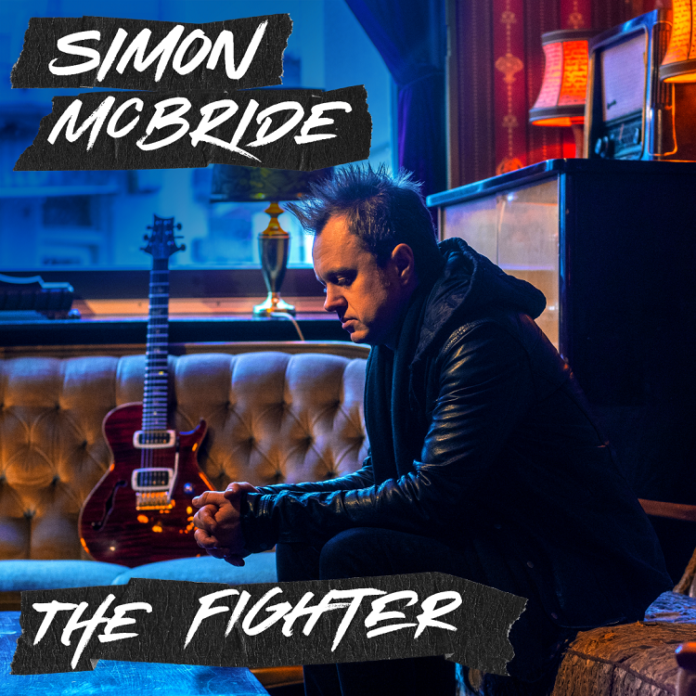 If Wikipedia is right (and there’s about as much chance of that as Kylie accepting my marriage proposal) then Simon McBride is 43 years old. He has, as the phrase goes, lived a life.

Guitar prodigy at 15, replacing Viv Campbell in Sweet Savage (he’d left by the time I saw them open for Maiden in Dublin to the most febrile crowd ever for a support act in 2010), playing with Andrew Strong for years, being in Ian Gillan’s band, opening for Bonamassa, his teaching career. He’s done it all. And of course, he’s just come off the subs bench for Deep Purple.

First and foremost he is a phenomenal guitar player, but there are many of them. What there aren’t are many that can marry that with some brilliant songs. “Don’t Dare” begs almost for Dan Patlansky comparisons, and that’s true elsewhere too. Given that the South African McBride has a crunch in the way he plays, he’s blues, but not a slave to the genre and his songs seem to mean something personal each time.

“Show Me How To Love” is an example of the blues flavours, but there’s a soul. In that this has an overtly pop chorus, big intentions (McBride strikes you as the type of fella that would busk if there were people to watch, just before he played an arena) but a real heart. That’s a vibe that “Kingdom” neatly carries on. Funky, almost, but then you listen. The hook is “a desperate man that’s lost everything that made him somebody”. Is this McBride searching for an identity? Whatever it is, it’s a brilliant song with Richie Kotzen-esque vocals – another thing you could overlook about McBride is his stunning voice.

The title cut, aptly comes out swinging. He’s up for the struggle. Through gritted teeth, almost he tells you, he’ll “give it my best, my all” and at this point, you don’t doubt him. And if you did, the solo will disavow you of any lingering thoughts.

“High Stakes” would – if Kenny Wayne Shepherd did it – get a gold disc. A proper rocker, with a little bit of a Thunder touch, its got a driving energy and is probably the most immediate track on what is a mighty album.

The ballad “Don’t Let Me Go” begins with the words: “so you’ve heard the latest truth, is it something you can truly believe?” and does a love song in a rather pleasing, fresh way. It suits the record, but to be honest, they all do. “100 Days” takes things into the swamps, for some really earthy goings-on, but it seems to be so in keeping with the rest.

“King Of The Hill”, for example, is a beauty. 12 bar, bar room scraps. It contains the imagery of the week as the fantasist at the centre of the narrative declares: “I stayed home and touched myself until I lost my mind” (sound mate, but hands off Kylie, yeah, as the intro discussed?) on the list of things I wasn’t expecting that is right up there.

A striking thing about “…..Fighter” is that there’s no big epic that there usually is on these records. Instead, “Just Takes Time” has all the hallmarks of one and does its thing in just over three minutes, “Trouble” (and I was kind of hoping for a big, thundering Elvis cover) is typically atypical. Gentle, summery, lovely organ flourishes, yet it takes on the world’s problems: “don’t be the curse, be the cure,” goes the key line and in so doing you wonder if that’s the aim of the album. To be a message of hope?

“Back To You” is quite simply a blues song made for rock radio, and one from the top draw, before he ends “The Fighter” with “The Stealer”. Free, did it of course, but it’s the perfect song for McBride (and another reason why it seems the songs on the album are rather imbued in him) because you can just imagine him as a young kid in Northern Ireland (just like I was in the West Midlands) obsessing with these bands. The difference is that Simon McBride had the talent to make the songs he heard his own.

There’s 12 rounds on “The Fighter” (as it were) and by the time it’s done, it’s something of a knockout. And even if we ditch the crap puns, then the inescapable truth remains: this is one of the albums of the year so far.