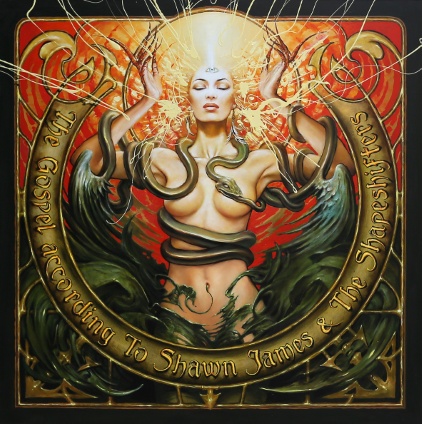 Self-released album proves that innovation isn’t dead in the postmodern age
Post modern theorists are a miserable bunch. This idea they peddle that everything has been done and it’s just repeating – it’s why we get boring music.

But then, there is a school of thought that says, ever since Elvis marched into the Sun Studios to record a song for his mother, that rock n roll has been constantly playing catch up with itself, that genuine innovation, well it just doesn’t happen, buddy.

Because, say what you like about music, form whatever opinion you choose about the record (the band’s third album in a couple of years) but there’s a fact you can’t get away from: you haven’t heard anything like this. Ever.

It behooves this reviewer to try and give the sound some context. So how about this: can you imagine if “Wiseblood” era Corrosion Of Conformity decided to play some Georgia Satellites covers with a Cajun country and western band in a New Orleans blues club? No? You’d better get on board quick then, cos Shawn James doesn’t care about the confines of your imagination because he’s already made this record and is on to the next thing, while you are scratching your head trying to rationalise this one.

Put this album on. Kick off with “No Gods” and you are sucked in by the huge riff, but then there’s the violins, the banjos and only the band know what else, you’d say it was everything but the kitchen sink, except for the fact that the sink is probably there too.

Frankly, it shouldn’t work. But my how it does. When the album’s aims all come together perfectly, as on “Like Father Like Son,” which possesses deeply personal lyrics about a fathers addiction and a glorious psychedelic section, this really is incredible.

“Wild Man” is like inviting Rival Sons round for a hoedown by the campfire, and the dramatic ballad “Lake Of Fire” manages to be tender in a world of bluster, while “The Sandbox” even for this record takes you on a journey.

“The Gospel According To Shawn James And The Shapeshifters” is frequently bewildering, on occasions baffling, but is never less than brilliantly compelling. And if you are going to preach about something, it may as well be this as if you seek it out, you will find something quite unlike anything anyone else is attempting right now.