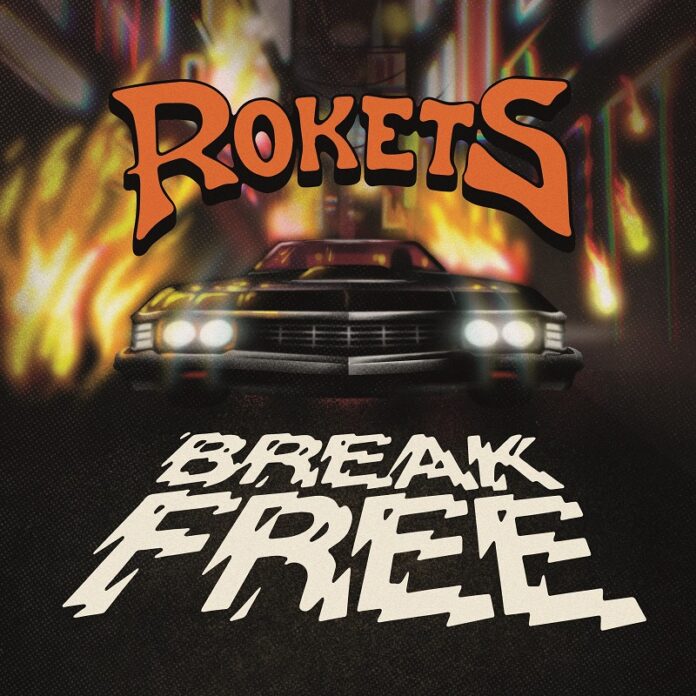 There are certain words that are never used in “real life” but yet get said all the time in other contexts. Like the word “adjudged”. No one ever says that, ever. Until there’s a football commentary and you can’t stop them. “Controversially, the referee adjudged there to be a handball,” and so forth.

There’s myriad of these in music. We seem to speak a language in reviews that no one ever used. Like, the opening line of the Press Release for “Break Free”, proudly calls it the “sophomore” release. Yeah. I say that too, when the word “second” just won’t do. We’re all guilty.

That said, the only reason for getting on this particular hobby horse is I am extremely annoyed that I missed the first one, the premier, the debut, whatever you call it.

Why? Well, frankly, the chugging, the melody, the harmonies the punk attitude: all of which is so far up my street that it might as well be called “Andy’s Road”.

So: a warning, we’ll cut to the chase. At some point in the review I was going to talk about bands like The Hellacopters, Backyard Babies and the finest current exponents of this here shizzle, Liar Thief Bandit. So I might as well do it now.

You see, we’re not in full on biker gang, Motorhead territory here. No, this is low slung, mellifluous, hook filled and wonderful. In fact, its not too much of an exaggeration to say that if you aren’t totally in love with this by the time the rock n roll piano kicks in on “Burn Down The Wall”, then fine, skip to something else, because if you don’t understand by now that a Wildhearts-esque guitar riff can’t be made even better by sticking piano over the top of it, then The Rokets thank you for your interest.

And that, essentially is the point over the next seven tunes too. Energy, groove and occasionally a hook breaks out. “Makes me wanna burn this town” sings Sami Mustonen on the title cut, but the bubblegum backing vocals sound like he doesn’t mean it, and “Best Kept Secret” does that classic Nicke Andersson (basically the Godfather of this sound, not bad for the drummer in Entombed, huh?) of ostensibly slowing things down but retaining the attitude. “Too many times you put me down” goes the hook. This seems to be the answer. The middle finger to the doubters.

This is a record for those of us that love riffs. Love about 47 lead beaks and love the fact that records have no excess fat. Many’s the time I’ve reviewed albums and thought “Jesus, this could do with being two songs shorter”. This is the antidote. Only nine songs. Less than half an hour, because they know its quality over quantity every time (says the bloke who’s writing this overlong ramble…) “Straight From The Source” and its follow up “Herry Kiss” are two sides of the same coin, except the second one has a “na na na” bit for grins and “Night Time” helpfully adds an “ooo ooo” about the same as The Stones’ “Sympathy For The Devil”.

Those of us that loved The Hellacopters debut need to get to “(Always) On The Line” as quick as possible, while “Roots” which finishes the album is also the longest. Don’t panic, though, it clocks in at three minutes 13 seconds, so we’re not prog here. It’s the slowest and most reflective, however. “Take me back to my roots” sings Mustonen and its not too much of a stretch to suggest that is the aim of the album. Five Finns growing up must’ve loved this music, so they decided to make some. And that’s it.

I was asked the other week why I never wrote negative reviews. My answer was simple: I love music, it has given me so much, what’s the point in not finding something to enjoy. Rokets agree, I’d wager. That sheer enjoyment, total abandonment and pleasure is all over “Break Free”. Now, if you’ll excuse me, I’ve got a debut record to listen to…..

Previous article
BAND OF THE DAY: APHYXION
Next article
PICK OVER THE CARCASS SHOWS