Review: I, The Reverend – Hands of Mercy (EP) 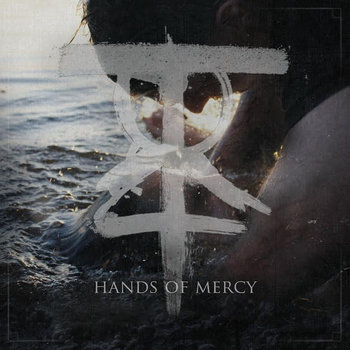 Donnie has found some new extreme sounds to check out – he likes this! Thanks to the band for sending it to us

There is a darkness hanging over the city of Richmond, Virginia.  In 1775, founding father and Republican, Patrick Henry, proclaimed “give me liberty, or give me death”, a rallying cry that called for the Virginian troops to take arms in the American Revolution.

Fast forward to 2014 and local four piece I, The Reverend are issuing a call to arms of their own. Their cause however is less focused with Liberty and is more enamoured with Death, and a slow painful death at that.  Make no mistake this band are not happy.

Opener “Introduction to Perdition” is a heavy downbeat sludge-induced trawl through the darkness depths of humanity.  It does not paint a very pretty picture.  That said it’s bloody good though!!

Following that is the title track “Hands of Mercy” and the speed is increased to a thundering march with a machine gun drumbeat that means to kill with every shot.  The vocals, provided by Jacob Ashton,  are spat out with venom and a growl that confirms that you don’t have to be angry to be the vocalist in a doom-laden deathcore band but it helps.

“Manipulate” does what the title would suggest.  It draws you in with a dark Nine Inch Nails-like vibe that is as unsettling as it is foretelling the future as a bleak, almost desolate, landscape.  It’s possibly the most disturbing two minutes of the whole EP.

Unlike comedy legends Monty Python, ITR refuse to “look on the bright side of life”.  “Disintegrate” continues the downward spiral into the envitable oblivion with a pummeling assault on whatever senses remain.  Guitarist Michael Slaughter provides the suitably ferocious riff whilst bassist Logan Riley keeps drummer Eugene Plastino on the right side of GBH with drumsticks!!

Those just reading the tracklist may be under the impression that the final track “Saviour” may just be that and come riding to the rescue.  No such luck I’m afraid.  If you are going down then you are going down screaming.  The format by now has been well and truly set and the style and tempo of ITR shines through at it’s fullest and most complete.

Listening to this EP was the most pleasant ‘unpleasant’ 18 minutes I’ve spent in a long time and to think they’ve only just begun.

Overall I’m not sure this is what Mr Henry had in mind when set about his mission to liberate his fellow Virginians.  I don’t suppose, if he were here now, he would like this very much.  However, I do.  And soon so will you.

To listen to the EP for free click on the following link http://ithereverend.bandcamp.com/releases