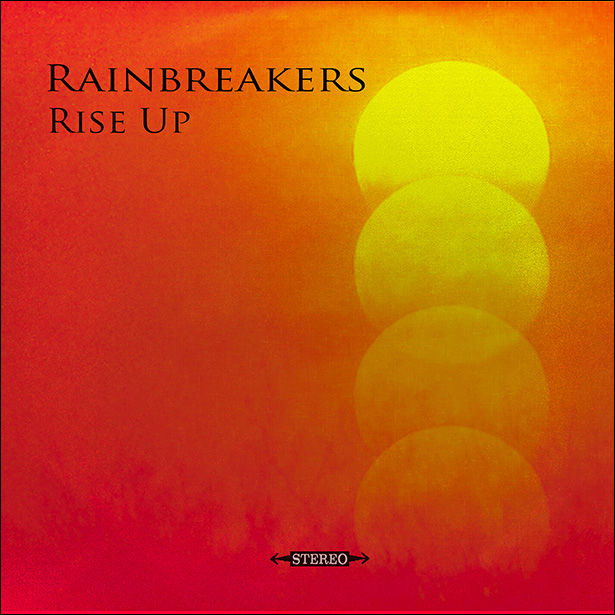 As lovely a place as Shrewsbury is – and leaving aside that they can justifiably claim Percy Thrower and Charles Darwin as their own – it doesn’t have a rich rock n roll history as far as we know.

Mott The Hoople’s front man Ian Hunter was born in Oswestry just up the road, although wrote “23a Swan Hill” about the house he lived in Shrewsbury town centre, John Peel went to school there and T’Pau (they of the 80s classic “China In Your Hand”) and that’s about it.

The Rainbreakers are trying to change that. “Rise Up” is the Salopian four pieces’ second EP, following “Blood Not Brass.” That one was good enough to see them share stages with the likes of The Devon Allman Band, Laurence Jones and Ryan McGarvey, as well as getting them played on Radio 2 and nominated for the Best Emerging Artist at the British Blues Awards.

For a band so in their infancy then, there is quite a weight of expectation on “Rise Up”. And the five tracker not only takes that in its stride, it sets down a marker for what they might achieve in the future.

Although – as the list of bands they’ve supported might indicate – they are firmly rooted in the blues, there mellow waft of soul is never far away in the sonic recipe of The Rainbreakers. Ben Edwards rich vocals have much to do with this, but the understated guitar licks of Charlie Richards are right there too.

What this means is that “On My Own” and the title track have just as much to do with the likes of The Black Keys as they do with Joe Bonamassa and the rest.

The track “Rise Up” is almost a perfect summation of what they do, shimmering, funky, but absolutely blues, it is a chilled-out message of hope for these terrible times, and it is a brilliant song. “Waiting On You” is both absolutely gorgeous sounding and mature beyond their years, as the intricate harmonies here are positively uplifting.

The wah-wah of “Perception” is skilled, while the record closes with the Free-like stylings of “Living Free.”

The world is full with young, talented bluesy rockers, with a penchant for the music that was made before they were born. The Rainbreakers might initially seem like another, but they have an appreciation of soul that sets them apart from the pack, and their clear gift for songwriting shows a band with rare talent.

On the rise, indeed and from the home of Darwin it is fitting that their evolution continues.