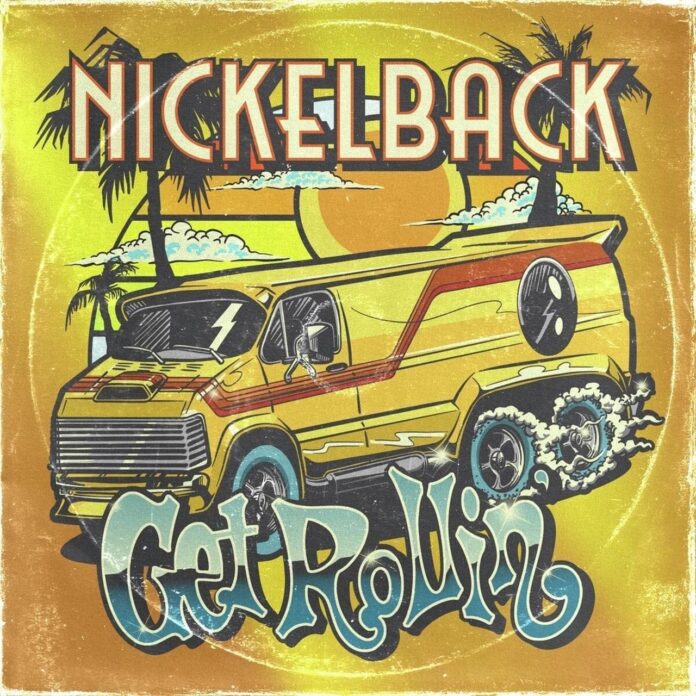 There’s a strict rule on this website. Just one. We only review what WE like. That’s it. The reason for the “we” in capitals is simple: we won’t be told what to enjoy.

See, I get 100s of emails a day, and every damn one of them tries to convince me to like something. Indie bands are the worst. They love to talk about “tastemakers”. Here’s the only “tastemaker” you need: yourself. Or a friend called Ange. I’ll explain.

Back in 2005 we bought tickets to see Bon Jovi in Coventry the following year. Jovi is a funny one, they were my first band. The first time music was mine and not my parents. And, however shit Bon Jovi are these days, I can’t give them the sack, man. If they announced a tour tomorrow I’d go. It doesn’t matter that they haven’t released anything half decent since 1998.

But back to Ange. See, Ange had a way of cutting through bullshit, so when it was announced that Nickelback were supporting that night me, my brother and my mate, we knew Nickelback were crap, fakers, right? We’d been told they were shit. Ange, mind you, she’d seen Nickelback before. “Wait till you see them live”, she’d said (and I think there were some expletives in there as to my intellect, probably). So June 2006 rolls around. We get there to see them, Ange wasn’t a woman you got on the wrong side of. Nickelback were about 45 seconds into “Animals” and I am texting the North of England somewhere eating humble pie. I think there was a smug reply back (along with some expletives relating to my intellect).

So here’s the thing. I don’t give a monkey’s toss what you think about Nickelback, or this review. Because if there’s a hill this website will die on, its this: Nickelback are the best Arena Rock band of their generation.

“Get Rollin’” is their tenth album, their first for five years. There’s quotes from Chad Kroeger about increased creativity: “Creativity doesn’t love deadlines and because [of] the uncertainty that came with the pandemic, we had none.” He said “That meant there was an ease to recording the album because we were free to take our time. We made the record because we wanted to, not because we had to.”

Which is lovely, but like we’ve said before, there’s probably quotes from Axl Rose trying to sell “Chinese Democracy” claiming its “the album I always wanted to make and the best thing I’ve ever done”, so we’ll forget those, and instead lets just say this: If you like Nickelback, you’re gonna love “Get Rollin’”.

It opens with one of the best things here. “San Quentin” has the chug that the best Nickelback tunes have, a riff so thick you couldn’t swallow the thing, but its got the hook. The chorus, “Let the records show I did it all for rock n roll” offers Chad Kroeger, and his brother Mike’s bass anchors it all down. Right, lets go, we’re off.

It’s a hell of a ride. A theme that “Pretty Little Missy” takes literally, but it wouldn’t be Nickelback without the sleaze, would it? Just like it wouldn’t be the band without a ballad like “Those Days”. Now, if you listen to it the first time and go “that’s just “Photograph” rewritten, you’ll not be the only one. Listen to it the second time and you won’t stop singing. That’s their gift.

“High Time” is another from that school (in truth they all are). If Jason Aldean did this, its number one on the country charts for about six months. The one that follows, though “Vegas Bomb” is the perfect modern hard rock. Sort of like a mash-up between Black Stone Cherry and Nickelback it cheerfully rhymes “pom pom” with “bomb bomb”. My best mate got married in Vegas, and I watched a couple of gigs. Therein is the difference between me and a rock star.

The second half of the album is a little more sedate (and not as good in truth), “Tidal Wave” does the mid-paced love song thing, “Does Heaven Even Know You’re Missing” manages to sound exactly like you expected it would. As I don’t have an ounce of romance in my body, I’ll just say this: there’ll be kids everywhere who have their first time to this. It’s just a fact.

“Steel Still Rusts” is better, because it has more widescreen ambition and seems to tell a story from the heart, “Horizon” is another that the country pop stars from Nashville are going to wish they’d written and “Standing In The Dark” would – if anyone bought singles these days – see Chad sticking another Gold Disc in his downstairs bog.

It all ends with a rockier one, but one that does take a little bit of a left turn in “Just One More”, but even though it’s coloured slightly differently, the broad strokes are very Nickelback.

Look, ultimately, haters gonna hate and Nickelback are gonna sell shedloads: 23 chart-topping singles and 12 consecutive sold-out world tours performed in front of nearly 10 million diehard fans around the planet. Not bad for a band that no one likes, right?

So like “Get Rollin’”, don’t like it. But make it your choice. Don’t listen to the “tastemakers” with their hipster opinion, listen to the Ange in your life, they always know best.