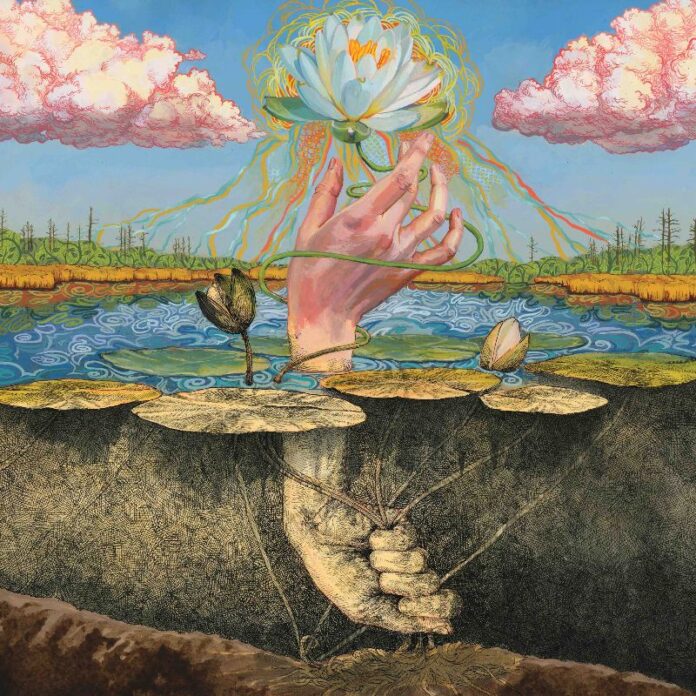 `Phototroph` is the upcoming third full-length album from Long Island-based Moon Tooth and the follow-up to 2019’s `Crux`. Vocalist John Carbone says, “the theme of plants growing towards the light was just something I kept coming back to in different songs. Our previous record, `Crux`, was like a crossroads and was dealing with a lot of negative shit. Phototroph is about walking from the middle and picking a road that goes onward and upward on a brighter path.”

`I Revere` introduces us to this album which opens gently with some really complex guitar riffs and seems to be about seizing the day after seeing too many fall by the wayside. It was the kind of number that`s a bit of a head scratcher, quite enigmatic and leaves you with a bit of a positive conundrum. There`s more of an anthemic rock composition with `Back Burner` which has a delightful guitar solo. It`s maybe about struggling with life and seemed to wash in and around me but it`s a track to just ride along with and see where it takes you.

`Deathwish Blues` is a wonderfully fast paced song which tells of getting hurt in a relationship where you thought that person was the one. It reminded me of Iron Maiden at times with an almost restrained anger in the vocal delivery. We had some cracking guitar interplay in the final minute. I thought `The I That Never Dies` was quite elaborate nigh on labyrinth like. A journey where you weren`t sure where you`d end up, which made it all the more enjoyable.

`Alpha Howl` had a belligerent forceful vibe and ebbed and flowed. A statement of almost don`t mess with me. It veered towards speed metal with complex guitar riffs, pounding drums, a leading bass line and vocals riding atop. We have a much more thoughtful reflective maybe introspective piece with `O My Isle`. It could be deemed as environmental being in touch with the earth and finding subtle changes. It was a fairly fast paced heavy offering.

`The Conduit` was a grinding rolling potent listen. A conduit is a channel or receptacle through which things pass or a link between things and this linked a lot of styles throughout it`s short life. Another track that again isn`t quite ecological but maybe a metaphor for what`s going on, on this planet follows with `Nymphaeaceae`. The definition of Nymphaeaceae is a family of flowering plants, commonly called water lilies. They live as rhizomatous aquatic herbs in temperate and tropical climates around the world. This submission is a kind of speed metal outing which in the last minute or so has a slight curve ball with a dreamy reflective passage before resuming its fast pace to the death.

`Grip On The Ridge` is a mid-paced meditative number while `Carry Me Home` has some enchanting guitar riffs and maybe is an observation on love. It`s a pretty fast paced rock out with a stunning guitar solo just before the number slows then resumes it`s excursion.

We close out with title track `Phototroph` which I read is an organism that uses energy from sunlight to synthesize organic compounds for nutrition. It`s a straight out heads down no nonsense headbanger to end on.

Moon Tooth comprises of vocalist John Carbone, guitar player Nick Lee, drummer Ray Marte, and bass player Vincent Romanelli. `Phototroph` is a really interesting listen and has plenty of variety with touches of prog, speed metal, and some really heavy rock passages with lots of energy shared throughout. It has lyrics that will maybe confound you at times but almost have you reading your own slant into them. I don’t listen to as much metal as I should these days but these guys are such excellent purveyors of this genre. At times you can overthink and read too much into music but it`s good to just sit back and just wallow in some good music hat will take you away from your day to day concerns and issues and leave you with a feel good feeling. Moon Tooth and `Phototroph` will certainly do that if you allow them into your life.