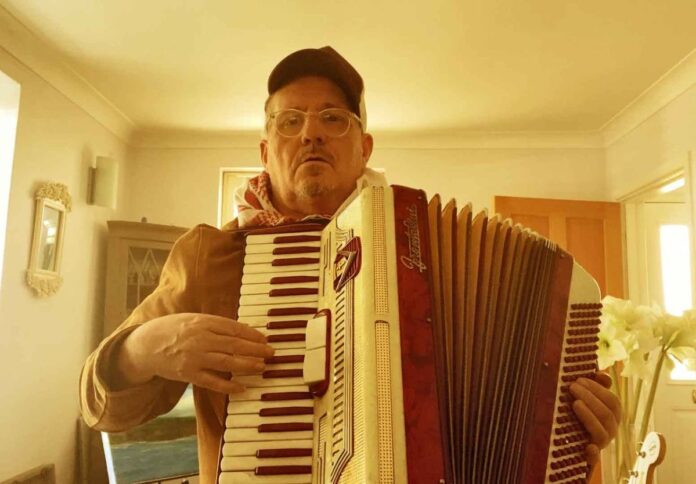 ‘This Is Our Record’ from The Wise Monkeys will be released on CD and digital on The Anglocentric Records imprint 29 July of this year.

JC Carroll of The Members has been playing the “Stomach Steinway” in folk clubs, sessions and on movie soundtracks since 1985. He has famously played it on Johnny Thunders‘ records, at Sinead O’Connor gigs, for Marlon Brando and Johnny Depp films and on six Julien Temple movie soundtracks; including the award winning Shane McGowan Biopic. “A Crock of Gold”

The Wise Monkeys have had many line-ups over the years and have lost a few Members along the way, so have finally decided to release an album of their work. ‘This Is Our Record’ consists of a new 12 track album of current material, plus a 15 Track Archive album containing material recorded with the band’s longest-standing member, the now-sadly departed Lee Fergusson.