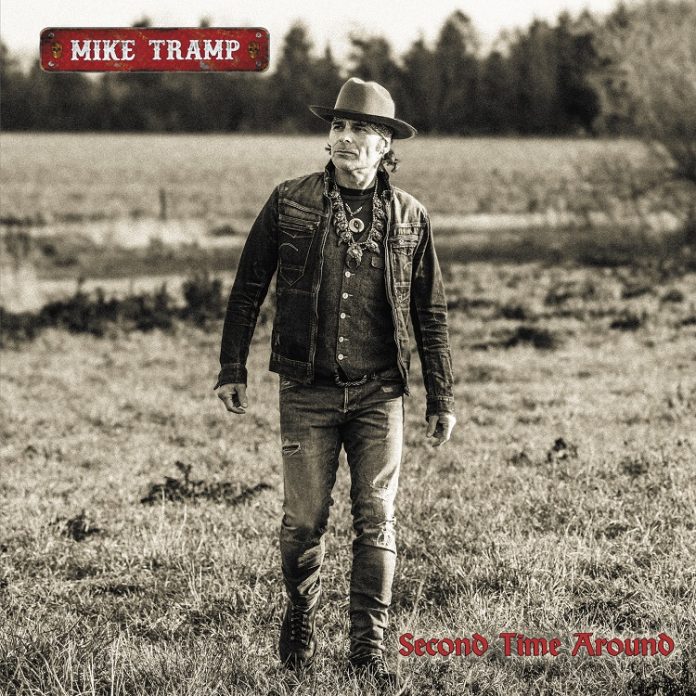 The title alone, I guess, tells you that this is a rebirth of sorts in Mike Tramp’s mind. They are reworkings of some of his original material, a kind of second chance that he’s given himself, if you like.

But then, as Dave Mustaine once put it: “hindsight is always 20/20, but looking back is a little bit fuzzy,” and he does have a point. I can’t actually play football, nor have I ever managed a team, but on the flip side, I’ve never made a bad substitution, and always know exactly what team the Stoke City manager should have picked. Always.

For Mike Tramp, though, “Second Time Around” is more than a chance to right what he thinks is wrong. It’s about life. His life. His rock n roll. His music. His legacy.

He hasn’t altered them drastically – and I absolutely do not intend to compare them all either, that’s not what this is about – but he’s streamlined them, if you like. Made them more like Mike Tramp 2020 would want them to sound.

But then, this has more significance than back then perhaps: “Pussy whipped and chicken shit. When the road got tough, they quit. Lot of talk, but not the walk, bro, this ain’t no 9-5.”

If the implication is that he’s given his life to his art, then really it doesn’t matter what anyone says about these records, because they matter to him.

“The Road” continues the kind of hard rock troubadour thing, and it suits him too. I mean we all liked “Little Fighter” growing up, but somehow the acoustic tinges of “Anymore” sound so much more authentic.

Producer Soren Andersen (Glen Hughes and my current faves Freddie And The Phantoms) has teased some brilliant performances here, and “Come On” is a wonderful mid paced rocker and “Between Good And Bad” adds just a touch of latter day Deep Purple to the mix, as Marcus Nand does some fabulous wizardry on the organ.

Like the rest of these, “Lay Down Your Guns” can be found on the 2009 “Rock N Roll Circuz” – a Denmark only release – and it’s a wonderful big bluesy thing with a late night vibe, that deserves to get a proper airing, and the piano led “Highway” likewise, is just shot through with some of the class that seems effortless, but clearly wasn’t.

“No Tomorrow” is – along with the opener – perhaps the best thing here. Modern day Europe swagger a bit like this, and if maybe his own arena days are behind him, then the intent to write an arena rocker is not. This one is superb, it really is.

“Back To You” would, in another life, another era, bring a gold record (another gold record might be more apt), but the beautiful “When She Cries” written about his daughter Isabel when she was a day old, shows maybe that his personal contentment is worth more.

It  was written when she was a day old,according to the sleeve notes,  which means Isabel was born on October 1st 2005. That was my 30th birthday, by co-incidence, and like Tramp, from the other side of things perhaps, my life has been marked out by songs, by albums. “Mr Jones” by Counting Crows is about one girl in 1999, “Man In A Box” is about another in 2002, and so it goes. Maybe he’ll understand?

I’ve always said that I never need a diary because music, songs, they are my signposts, so I can say with certainty, that I was 14 years old, in Reddington’s Rare Records in Birmingham (no longer there, of course, it’s called progress, apparently) when I said to my mate: “ I read a review of these, its got the Atlantic red and white spine too, I’ll buy it.” And purchased “Big Game” by Tramp’s old band. Those days are behind him now, but somehow although the nostalgia will always be there, he’s striking out something new on “Second Time Around” even though it looks to the past.