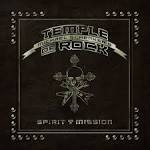 In an age where legendary bands and artists are taking an age to release any new material, often citing poor album sales and the fact that no-one wants to hear new music anymore, it’s great that there is one bona-fide legend bucking the trend.

Ok so the days of arena sell-out tours in America and UK may be a thing of the past, although a man of his talent should always be playing to the largest audience possible, but there is no one in today’s music industry that is more forward-thinking or as active as Michael Schenker. The modern day version is a man who knows exactly what he wants and has the clarity of vision and purpose to achieve it, without compromise. How many bands can say that?!!

The German guitar hero, famed for his stints with Scorpions and UFO as well as a plethora of solo bands and material, has now reached his 60th birthday. A few years back you may well have not expected him to reach this milestone at all so documented were his personal issues. These days, however, he appears to be in fine fettle and his enthusiasm, which has never really waned despite his off-field problems, is at an all-time high and it is reflected in his creativity.

Spirit On A Mission comes on the hells of 2013’s Bridge The Gap and again features the unbeatable talents of ex-Scorpions duo, drummer Herman Rarebell and bassist Francis Buchholz, along with the former Rainbow frontman Doogie White. Guitarist and keyboard maestro Wayne Findlay, who co-incidently shares a birthday with Mr Schenker, although is some years his junior, rounds off a very impressive line-up. Supergroup? Why not?

The album was recorded at Kidroom Studios, Germany at the same studio where Bridge The Gap was recorded and it has the same feel and energy but just takes things up a notch.

In a nutshell the album can be described thus; “classic rock guitar-driven songs that highlight Schenker’s distinctive and dynamic guitar playing, valiantly underpinned by the ferocious rhythm section.” That quote came from the press-release for the album and to be honest it’s spot on and in the absence of a better short and snappy description it will do very nicely.

The album’s title is a nod to a comment made by Schenker when being asked how he wished to be remembered. It’s rather apt then that the first track on the album is “Live and Let Live”. A hard, fast track that demands to be played at, dare it be said, Maximum Volume!!

Doogie White handles the lyrics for the album whilst Schenker composes the music and puts his unique, but often imitated, style on them. It’s a partnership that works well as tracks like “Vigilante Man” and “Saviour Machine” are examples of some of their finest work, collectively or otherwise, period.

“Saviour Machine” in-particular is a tour-de-force that employs everything that is great about Schenker. From the stomping riff to the cut-throat solo it’s something that wouldn’t have been out of place on a latter day Ozzy Osbourne or Black Sabbath album. The same could be said for “Let The Devil Scream” which again employs a hook so big that you could catch a Great White with it.

Findlay’s seven-string work is the perfect compliment to the classic power riffs of Schenker. He shines on this album more than previous releases and it’s a tactic that has paid off as he delivers in spades. Likewise Rarebell and Buchholz are masters of the rhythm and provide a strong and flexible backbeat for Schenker and Findlay to steal the limelight.

There are a couple of tracks, only a couple mind, that don’t quite keep pace with the rest of the album and they are the fun but unnecessary “Rock City” and the lyrically uninspired and fairly standard “Good Times”, despite a fine solo from the main man. Neither track really showcase the band at their best but then the rest of the album is pretty difficult to match up to and you can’t hit a home run every time you step up to bat.

White’s vocal range is on full display during the 12 tracks. From the full-on rock voice of “Bulletproof” to the sublime and soulful tones of the mid-tempo “All Our Yesterdays”. This is the type of music that he was born to sing. He deserves mention alongside the great voices of rock and metal.

In summation then as good, even great, as many of these new rock bands are, and we at Maximum Volume support and champion more of them than most, this album shows that for pure classic driving rock, they still have a way to go to beat their masters.

Maximum Volume had the pleasure of speaking with Michael Schenker about his new album and that interview will be on the website in the coming week.