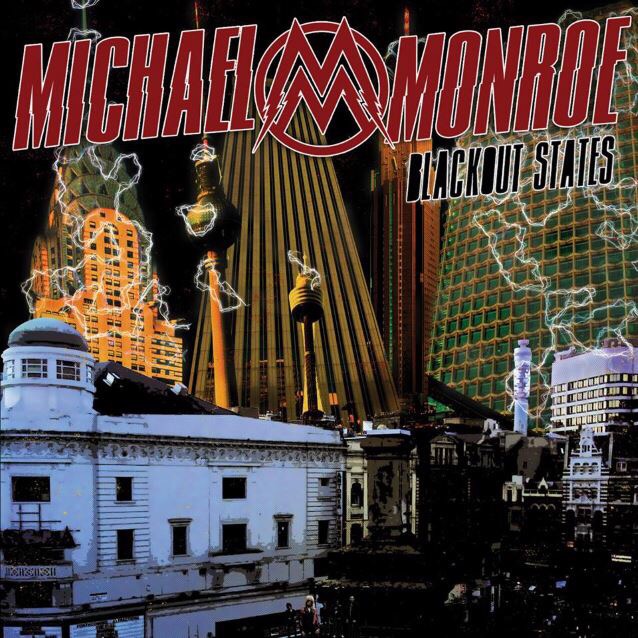 The one and only is back

When MVM was growing up Michael Monroe was a staple of Kerrang! and Raw Magazines. Tales of his incredible antics afforded him almost mythical status. You have to understand here, that this is late 1980s and we’d only heard of the Hanoi Rocks, not actually heard them, all we knew was they’d influenced most of our favourite bands of the time, and we knew the solo work of Monroe first. “Not Fakin’ It” with its uproarious “Dead, Jail And Rock N Roll”, penned by Little Steven, became a staple and when Monroe turned up playing harmonica on Guns n Roses’ “Bad Obsession” in the early 1990s the legend was complete.

It always makes it interesting then, when Monroe releases a solo record. Because that’s where we first got into him, and it’s also where he excels. Because whatever you’ve heard about this man live, nothing prepares you for actually seeing him play these songs, as we did swinging from the Balcony at Wolves Civic Hall, just because, well, he could.

That gig was about four years ago and he’d just released the incredible “Sensory Overdrive” record. “Blackout States” is his third record in four years (2013s “Horns And Halos” was in between) and even though he’s past fifty, Monroe ain’t slowing down, because “….States” is one of the best rock n roll records you will hear this year.

It’s essentially the same type of record that H and H was. The band is the more or less same. New York Dolls duo Sam Yaffa and Steve Conte do the job in the way only they can, Rich James of The Black Halos does the the Dregen role this time and Karl “Rockfist” of Danzig complete a stellar cast on drums, and they don’t fail on a record that frequently touches brilliant.

It races at you with the breakneck “This Ain’t No Love Song” which joyously and gleefully does the sex, drugs and rock n roll dirty boogie better than anyone else, while the brilliant single “Old Kings Road” is almost like the best song The Wildhearts didn’t write – and although Ginger isn’t on this record like he was on “Sensory Overdrive” the same attitude and stomp is all over this.

There’s a feeling that this is the last really is the last rock n roll gang in town, singing songs with a knowing glance to the audience. It’s hideously catchy and even the slower numbers like “Keep Your Eye On You,” and “Goin’ Down With Ship” with their almost countrified lilt, feel like the band is merely catching it’s breath before the next piece of hedonism, and it doesn’t get more hedonistic than “The Bastards Bash.”

Best of all on the record is “Good Old Bad Days” which is less a look back to the past than a call for those days to come back, this the sound of Monroe still rousing the rabble and teaching the young bucks a lesson – and he gets to play the Sax here which is great news.

The title track is – by the standards of this record – a little understated, it’s soon back in its stride with “Dead Hearts On Denmark Street” which combines its thoughtful lyrics with a stomp that hasn’t been heard since Rocket From The Crypt and “On A Rope.”

“…..States” ends with punky snotty thing with “Walk Away” but it’s already established its bad boy credentials with “R.L.F” (the first two words are Rock Like) which is a glorious middle finger to what is expected. And why would you want Michael Monroe to be anything else?

As he says himself on the record: “growing older gracefully, no it ain’t the thing for me. I remain in my permanent youth” and would you want it any other way. Rock n Roll, like Michael Monroe it seems, is bullet proof and indestructible.