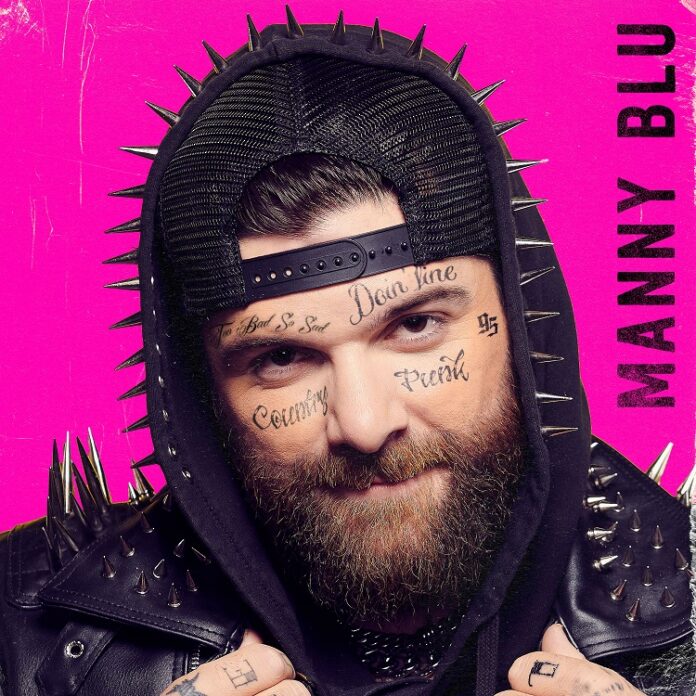 “Country Punk” is the third EP I’ve reviewed from Manny Blu in a little over a year.

He reckons it’s a special one too, given that he co-produced it, and its true to say it’s a little more developed than the other ones, but only in that it feels like a natural evolution.

As always with former MMA fighter (I’d like to see him and cage fighter turned UK rocker Kris Barras in some sort of charity grudge match – someone needs to make that happen!) the lines are blurred.

Take “Doin’ Fine” for example. An anthem for getting shit done. “Sick and tired of taking life so serious” he sings, before adding “a little life is the medicine we need.” It’s a vibe at odds with much of the music made in 2021, and that’s to its credit, in truth.

And in honesty, if we are calling Manny Blu a country singer, then by and large, he sticks out like a sore thumb.

One of the singles he released from “…Punk” was “95”. About the summertime “when he was just a young’un” as he puts it, and the music – and I’ve listened to it enough to make certain this is how I see it – has more to do with the music of the period, or maybe just after, when the likes of Blink 182 were ruling the roost. The point is this is less Chase Rice and Luke Bryan than Weezer.

In interviews that I’ve read with MB he talks about his admiration for the likes of Eric Church (and he’s got a friend here as I am a fan myself) and the way EC does what he damn well pleases. You can sense that attitude – if not quite the sound – in Blu’s work. “Balance” is the most “blu collar” if you will, but the riffs are chunky. The lyrics (not written by the artist, I don’t think, although I am not familiar with his real name) are clever in the way they deal with anxiety. “Born to fly but afraid of heights,” is maybe something we can all relate to?

“Prove Me Wrong” explodes into its chorus like a 90s alt-rocker (think Feeder) as it vents its anger at a cheating partner, and the solo is one of true rocking intent. The true crossover potential of the artist, though, is best shown by the last one. “Too Bad, Too Sad” is a proper pop ballad, and honestly, the way it builds, is the work of an artist who can basically do anything he likes.

“Aldean meets Eddie Van Halen” says one review. That’s sort of true albeit that now he’s added some more urban stylings – and he’s clearly got a love for hard rock. Manny Blu, essentially stands alone. And you suspect that’s how he likes it. Blu Collar maybe isn’t such a bad pun after all.