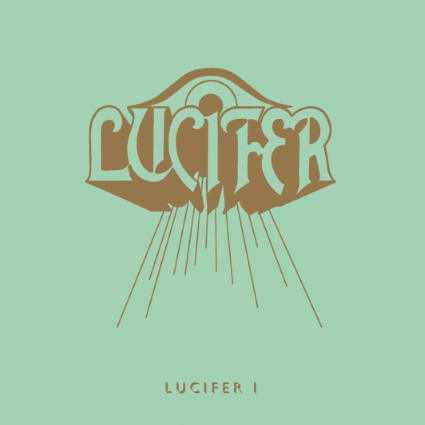 Germany’s The Oath were rightly critically acclaimed. Indeed, their debut album was a bit of a cracker. So it was something of a surprise when they announced their demise last year.

What wasn’t a shock, though, was that frontwoman Johanna Sardonis was soon back, and with a brand new project. This new band, Lucifer, released a single a couple of months ago called “Anubis,” (which doesn’t appear amongst the eight tracks here) and were immediately marked out as ones to watch.

There are a couple of key facts to bring you up speed on. Lucifer sees Sardonis joined by ex-Cathedral man Gary Jennings as both studio guitarist and – crucially – co-songwriter. This means that what is here is extremely well crafted, it also means that the record appears on the Rise Above label, which is just about as a big a thumbs up as you can get in this world.

And right from the off, with the brilliant “Abracadabra” this is record to cherish. It’s been given the label of occult doom by the people who like to quantify such things, but it really is just a classic old school heavy metal record. There’s Blue Oyster Cult and early Deep Purple all over this, not least on the lead single from the album, the superb “Izreal” and the 1970s style wig out of “Purple Pyramid” is oppressive yet catchy.

What sets Lucifer apart is their ability to write a groove. “Morning Star” is monolithic, almost sludge metal, and “Total Eclipse” is suitably dark, also bringing with it an impressive punch.

“Morning Star” bristles with genuine menace, and the closing song, “A Grave For Each One Of Us,” really gives the clearly talented singer the chance to stretch herself over a chugging riff.

There’s one song, however, that makes all the intentions here totally clear. “Sabbath” begins with ominously tolling bells, and it’s slow, thick almost smoky feel, crackles with all sorts of witchcraft when Sardonis croons that “I will sacrifice myself to you……”

“Lucifer I” is more than just a promising debut album. It’s the work of a band that has come to us armed with ideas that are complete and fully fleshed out. It is a record that offers more with each listen.

The spirit of what we might call “True Metal” is very obviously alive and well, because this is quite superb. The band named after Beelzebub has proved yet again that the Devil has all the best tunes.