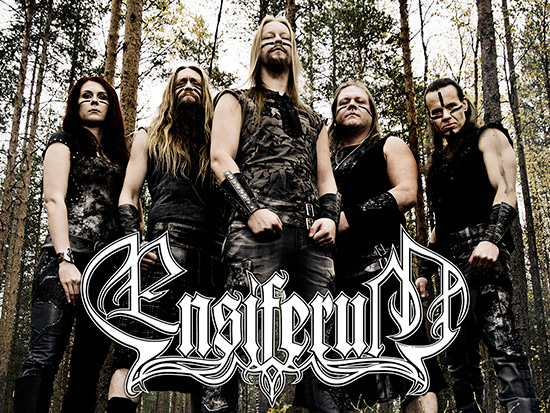 Ensiferum to shoot new music video at Philadelphia show on May 28th!

Ensiferum‘s tour with Korpiklaani and Trollfest will draw to a close on May 29th in New York City, but the night before, Ensiferum will invite director Dave Brodsky to shoot a brand new music video! Fans in attendance on May 28th in Philadelphia at the Theatre of Living Arts will bear witness to a live video shoot for “Warrior Without a War“. The video will serve as a perfect wrap up of the band’s current tour, which featured guest accordion player Netta Skog, who filled in for keyboardist Emmi Silvennoinen, as previously discussed by the band in the facebook video HERE. Sami Hinkka adds: “Get yourself to Philadelphia on 28th of May, put your war paint on, warm up your vocal chords, and get ready to go berserk!“

Fans that want to be a part of this occasion can buy tickets now at livenation.com HERE.

ENSIFERUM has been flying the flag of epic, folk-infused death metal high and proud for two decades. Commended for being, “their most polished album to date,” by Metal Hammer, “one of folk metal’s finest acts…,” by Loudwire and, “warlike and fiery,” by MetalSucks, the band’s predominantly analog-recorded, eleven-track One Man Army full-length was captured by award-winning producer Anssi Kippo (Children Of Bodom, Impaled Nazarene, Entwine etc.) at Astia-Studios in Lappeenranta, Finland.

ENSIFERUM‘s One Man Army is out now via Metal Blade Records. Order yours today atmetalblade.com/ensiferum where you’ll also find the band’s recently debuted “One Man Army” video and companion making-of footage. For iTunes orders, point your browser to itunes.apple.com/album/id956849251.