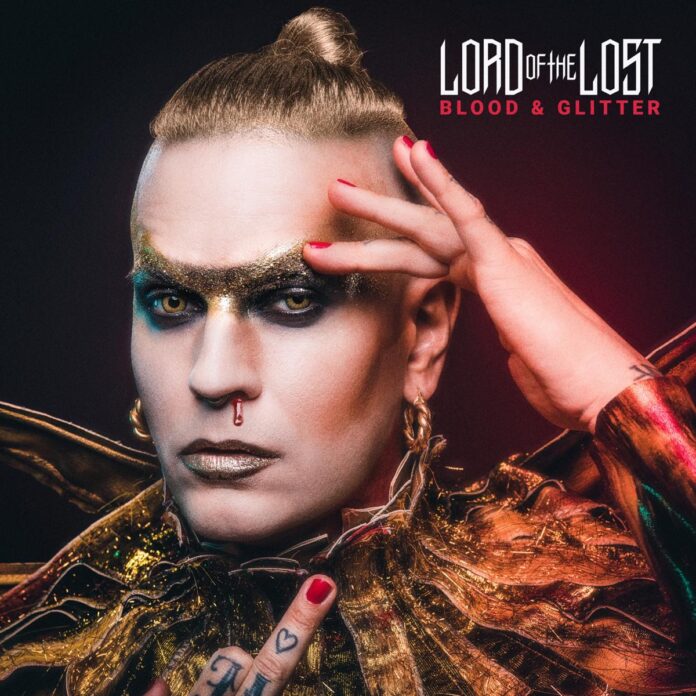 Lord Of The Lost have been announced as special guests to Eddie and the Boys. The gigs are this year now, which is cool, but they probably explain why I am listening to a German modern metal band at my age.

Well actually that’s not quite true. Another word: Roxette.

You see, when this came on Friday, I was scanning the tracklisting, because, you know, Maiden and that, and I noticed a little track called “The Look” at the end. It must be, I thought. I had that album as a kid, we all did, don’t deny it. “Look Sharp” was a banger too.

Skip to the last track  it’s a duet with a German pop star called Blümchen (who I know all about as long as there’s no follow up questions….) and in the four minutes 11 seconds it takes, it’s a belter. Camp as a row of tents and to be fair, the perfect cover song for Lord Of The Lost.

Ok, so rewind to the first song, and the title track is basically like Edguy having a disco. Plus some of the growly singing all modern metal bands do. Not my thing usually, but whatever, its sparkly, spandex clad and immensely fun.

But here’s the crux of the matter boys and girls, LotL are a band with a message and that message, is basically a middle finger to anyone who gets in their way. “Leave Your Hate In The Comments” attacks those on the tinterweb with nothing better to do than spread negativity, while sitting in their pants at their mums house. It’s brilliant too. Catchy, vitriolic, and giving no shits. That’ll do to describe this album too.

Not for nothing is there a song on here called “Absolute Attitude” because that’s what is going on here. So 80s is this thing that it should be on the original soundtrack to the original Top Gun (it was on over Christmas, hence the reference), it is also one of the more gentle things here.

There’s a lot going on. A lot of sounds. “Future Of A Past Life” is a fine example. Somewhere between “Rock Me Amadeus”, White Zombie and a million bands that growl a bit, with a pinch of Eurovision chucked in for grins. If that sounds bewildering, it kind of is, but its catchy as the winter flu. All of this is. “No Respect for Disrespect” is the type of thing Battle Beast usually do for a laugh, “Reset The Preset” has Andy LePlegua  of Combichrist doing his thing and will engender a moshpit, and if you want some riffs “Destruction Manual” has got you covered just fine.

This is clever, though and make no mistake about it. Fellow German’s KMDFM would be proud of “Dead End”, which poses the simple question: “what if heaven doesn’t want me and hell is full already” and is one of the highlights on the album, even the near ballad “Leaving Planet Earth” offers the thought that “I am tired of all of you” rather than pining for some lost love.

The keyboards are the MVP on this record and they are to the fore again on the chugging “Forever Lost”, which is almost like Moonspell gone electro, while Ally Storch of Subway To Sally provides some strings which takes “Save Our Souls” to somewhere else.

The last but one track (the one before the cover) is the one that Chris Harms reckons is the “most important song I’ll ever write” and to be fair “One Last Song” is beautiful, with a heaped spoonful of Avantasia stirred in.

Harms has an interesting take on the album too: “Fuck the charts, playlist pitches and 1,000 pointless reviews in advance,” he says.  “What matters is what an album means in the long run, not how high its “value” is on release day.” And he’s got a point (and yes Chris I know these 740 odd words are pointless), but here’s another thing: opening for Maiden is a bitch of a thing to do. Only Sweet Savage went down well on all the times I’ve seen them and that was when the Savage lads were on home ground in Dublin. Whether Lord of the Lost buck that trend, I’ll let you know in July. What I’ll say in January is this: In “Blood And Glitter” they’ve got a collection of tunes that is not making apologies whatever happens.

Is all modern metal this good?

Previous article
REVIEW : ALLEN EPLEY – EVERYTHING (2023)
Next article
GET ON THE CASEY